CORRECTION: This story, reported by WND and other news media including KING-TV in Seattle, originally indicated suspected mall shooter Arcan Cetin illegally voted in U.S. elections. Days after officials were telling media that Cetin was not a U.S. citizen, they informed KING-TV that the shooter was, in fact, a naturalized U.S. citizen.

KING-TV later updated its information to state: "UPDATE: KING 5 learned Thursday that Arcan Cetin, the 20-year-old who killed five people at Cascade Mall on Sept. 23, is in fact a U.S. citizen. For days after the shooting, Cetin was described by local and federal law enforcement as being a permanent U.S. resident. He immigrated to the U.S. from Turkey when he was a child, after his mother married an American citizen. On Thursday, a federal official told KING that further investigation revealed that Cetin is a naturalized U.S. citizen. That means he was legally registered to vote."

Add voter fraud to the list of Arcan Cetin's offenses.

Cetin, 20, is the Turkish immigrant arrested Saturday for the Friday night shooting and killing of five people in a Burlington, Washington, mall. Security camera's show Cetin entering the mall briefly without a weapon, leaving and then returning with a rifle.

Cetin fled but was apprehended 24 hours later. He has reportedly confessed to the five murders.

Now, election officials and Washington Secretary of State, Kim Wyman, have confirmed that Cetin was illegally registered to vote and voted in three elections in the state in 2014, 2015 and 2016.

Cetin is classified as a permanent resident alien with a green card that allows him to work, but he is not a citizen with the right to vote.

Cetin immigrated to the U.S. from Turkey when he was 6-years-old.

Voters in Washington must attest to their American citizenship when registering to vote, but the state does not require proof. Election officials told KVI News the state's election system operates on the honor system.

"So, we’re in this place where we want to make sure we’re maintaining people’s confidence in the elections and the integrity of the process, but also that we’re giving this individual, like we would any voter, his due process. We’re moving forward, and that investigation is really coming out of the investigation from the shootings."

Washington sets the penalty for voting by a non-citizen at up to five years in prison or a $10,000 fine.

Wyman admitted she had no way of knowing how many non-citizens were registered to vote in the state, but she did not think the revelation about Cetin indicated there was a need for worry.

Should we Christians call down fire on our enemies? 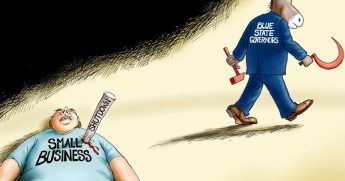