WASHINGTON – With early voting proceeding at a pace the Associated Press calls "far quicker than 2012" – and with more than 12 million voters having already cast ballots – reports of potential voter fraud also appear to be on the rise.

But it may not be the amount of voter fraud that matters. It could be how well-targeted any real fraud is that makes all the difference in who will become the next president.

And, as it happens, voting problems have been reported in almost all of the key swing states.

In fact, most of the problems reported are in swing states.

Sharyl Attkisson, perhaps the nation's top investigative journalist, told WND, "Some experts tell us it would be possible to commit fraud in relatively few key counties to affect the outcome of the presidential race."

"I would be going after the central polling system, and I would also go after the third-party administrators of the people who are taking in the votes, which is what happened in Arizona and Illinois and possibly Florida," he told Attkisson.

"I’m no expert in voter fraud, but the concept is very real," Attkisson told WND on Thursday. "We would be naive to believe that there aren’t political forces inside and outside the U.S. that would like to affect our elections and that have the technical ability to do so."

She may not be an expert, but the information she has gleaned from experts led her to a chilling observation.

"The main questions are: How pervasive is it, and is it enough to make a difference in an election outcome? If it’s done properly, we would never know it – or at least be able to prove it."

Adding resonance to Attkisson's point that fraud wouldn't have to be widespread, just carefully targeted, is that reports of irregularities are coming from key swing states.

Coincidence or not, problems have been reported in virtually all swing states.

CBS4 in Denver reported this week of a dozen cases of Coloradans suspected of voting twice, after already discovering in September "multiple cases of dead men and women voting in Colorado."

The station reported six new cases of voting records showing the same people voting twice in Colorado elections, and, in another six cases, people suspected of voting in another state during the same election.

One of those states is Kansas.

"You’d be surprised how often people double vote," Kansas Secretary of State Kris Kobach told CBS4. “Two of the cases are serial double voters. I think people discover they can get away with it and keep doing it." Kobach told the station he believes a whopping 10,000 people are still registered to vote in both Colorado and Kansas.

CBS4 said its ongoing investigation "has triggered criminal investigations in El Paso and Jefferson counties along with a broad investigation by the Colorado Secretary of State’s office."

"We do believe there were several instances of potential vote fraud that occurred," Colorado Secretary of State Wayne told the station.

Last week, an 83-year-old lifelong Republican received a new voter ID card that told her she was now a registered Democrat, according to TV station WFLA.

The Hillsborough County Supervisor of Elections office merely told an irate Marina Agosto, "You must have forgotten."

Agosto discovered a group called Mi Familia Vota had submitted a new voter registration application in her name, and the application was riddled with incorrect information, including the wrong birthdate.

The executive director of Mi Familia Vota claims it is investigating the 200 other applications submitted by the person who filled out Agosto’s application.

O'Keefe went to a number of poll sites in August and easily obtained ballots using a variety of names that were not his own, including those of prominent Michiganders opposed to vote-ID laws. Michigan allows people without ID to vote if they merely fill out an affidavit claiming they are who they say they are.

NPR said there were "scattered" reports of machines flipping votes in the Silver State, but did not give further details.

Earlier this year, O'Keefe's Project Veritas workers were allowed the opportunity to vote by election officials in Nashua, Durham and Manchester and without proper identification.

Election officials did not require proof of New Hampshire residency.

"I don’t know the legality of it. Perhaps it’s voter fraud," a Bernie Sanders campaign staffer was caught admitting.

The state's board of elections advised voters to double-check their ballots.

Previously, the North Carolina State Board of Elections found more than 35,000 people may have double-voted during the 2012 election.

The Joint Legislative Elections Oversight Committee discovered 35,750 voters with the same first and last name and date of birth were registered in both North Carolina and another state, and voted in both states in 2012.

WCPO reported this week that at least three dead people have been registered to vote in Hamilton County this year.

That's according to the Hamilton County Board of Elections.

Cincinnati is in Hamilton County.

Philadelphia became ground zero for suspicions of voter fraud in the 2012 presidential election when some inner-city precincts reported a statistically improbable 100 percent vote for President Obama.

Given the prior controversy, there's now a battle under way between Republicans and Democrats to assemble armies of poll watchers to look for signs of voter fraud on Nov. 8.

Republicans are losing that race, badly. Out of 66 wards, Democrats have submitted lists on monitor for 33 of them, Republicans, only eight.

As WND reported, in 2012 Obama received between 98 and 100 percent of the vote in precincts in Philadelphia, Pennsylvania and Cleveland, Ohio.

Local officials called for federal investigations, but not one was launched.

The FBI is investigating possible voter registration fraud after as many as 20 voter applications were submitted with the names of dead people.

All the applications were turned in by a voter registration group called HarrisonburgVOTES. Its officials had no comment.

Republican lawmakers held a news conference last month to say the incident proved voter fraud is real, as is the need for voter ID laws.

That might be confirmed by the 2014 video clip (above) which appears to be shot inside a Virginia voting booth, showing a person repeatedly trying to vote for the Republican candidate for Congress, and the machine repeatedly switching it the Democrat.

In that election, incumbent Rep. E. Scott Rigel, R-Va., did beat Democrat challenger Suzanne D. Patrick for the 2nd district seat in the House of Representatives.

WND's Jerome Corsi reported at the time that the video was provided by Rigel's campaign, and it was recorded in Virginia Beach. Voting machine problems were reported in 43 precincts across Virginia during the 2014 election.

"Every error is going against my campaign and in favor of my challenger," Rigell said at the time.

Incidents of possible voter fraud have been reported recently in non-swing states.

Election officials in Chambers County, Texas, ditched electronic voting machines and switched back to paper ballots this week after a deluge of complaints.

The Texas Secretary of State's office told the country clerk to use emergency paper ballots until the problem was fixed.

WND reported the possibility of electronic election fraud in Texas on Tuesday after people on Facebook began reporting machines switching votes for Republicans to Democrats in at least two Texas towns during early voting that began Monday.

Lisa Houlette of Amarillo, Texas, described how every time she tried to vote a straight Republican ticket, the machine kept checking the Clinton/Kaine box.

In Arlington, Shandy Clark said a relative had the same experience and was told by poll workers, "It had been happening."

Since Tuesday, more voter complaints from the Lone Star state have appeared on social media sites.

The head of Indiana's state police said last week an investigation of a voter registration project turned up evidence of fraud by a group affiliated with Democrats.

Indiana State Police Supt. Douglas Carter did not give details or say how many instances of fraud they were investigating.

But the group under investigation, the Indiana Voter Registration Project, has submitted 45,000 voter registration applications this year. According to the Los Angeles Times, those applicants are racial minorities.

It's not only Trump supporters complaining of voting machine irregularities.

A voting machine in suburban Atlanta was removed by authorities after reports it was flipping votes from Clinton to Trump.

One voter said it took three attempts to properly record his vote.

The Georgia Secretary of State’s Office has opened an investigation.

According to the Atlanta Journal-Constitution, "27,000 voting machines in Georgia are at least 13 years old, and aging machines are an issue for states across the country."

Republican presidential nominee Donald Trump, who has warned the election could be rigged, tweeted on Thursday, "A lot of call-ins about vote flipping at the voting booths in Texas. People are not happy. BIG lines. What is going on?"

Many Americans appear to have lost faith in the system and agree with Trump's assertion the election is "rigged."

The PRRI 2016 American Values Survey, released Tuesday by the left-leaning Brookings Institution, found fewer than half of Americans trust the election system.

The survey found only 43 percent "of the public say they have a great deal of confidence that their vote will be counted accurately."

Furthermore, "Roughly four in ten (38 percent) Americans report having only some confidence, while close to one in five (17 percent) say they have hardly any confidence their vote will be accurately counted."

The survey found, "70 percent of Clinton supporters but only 41 percent of Trump supporters, reporting a great deal of confidence their votes will be counted accurately." 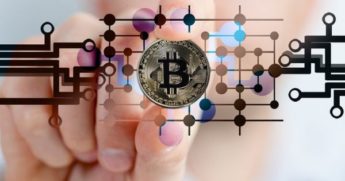