Only a few weeks ago, it was privacy experts asking AT&T to shut down a telephone-spy operation it has rented out to cops, a program described by users as "Google on steroids" because of the "trillions" of private telephone records it accesses.

Now shareholders are challenging the company's operations inside its "Hemisphere" spy program.

In a resolution being prepared for presentation to the company, they are asking for a board review and public report "on the consistency between AT&T's policies on privacy and civil rights and the company's actions with respect to U.S. law enforcement investigations."

"This proposal addresses programs in use domestically like 'Hemisphere,'" states the resolution proposed for the company's spring shareholder conference.

"A group of investors in AT&T have had it with the phone company's collaboration with law enforcement through the Hemisphere program, in which the company facilitates police access to trillions of phone records," said the Electronic Frontier Foundation.

"Zevin Asset management plans to force discussion of contradictions between AT&T's stated commitment to privacy and civil liberties and the Hemisphere program."

EFF explained: "Police refer to Hemisphere as a 'Super Search Engine," and 'Google on steroids' because it provides access to trillions of domestic and international phone call records dating back 30 years. Each day, approximately four billion phone records are added to the system, including calls from non-AT&T customers that pass through the company's switches and even when a customer changes phone numbers.

EFF pointed out that because of the company's cooperation – it actually sells access to the data – law enforcement officials can get the details without going through a judge, and then the company imposes strict requirements to keep the program secret.

Pat Miguel Tomaino, associate director for socially responsible investing at Zevin, said: "We are shining a light on AT&T's Hemisphere program, a giant database of customer calls which AT&T runs as a lucrative business line, charging law enforcement agencies upwards of $1 million for bespoke searches and analytics. AT&T says that it follows the law and hands over customer data only when police present a legal demand. But why does AT&T retain more call data than peer companies like Verizon and Sprint? Why does the company allegedly force law enforcement agencies to keep Hemisphere a secret? At AT&T's annual meeting next year, Zevin will push for answers on this risky business and for an explanation of the gap between the company's responsible-sounding privacy policies and Hemisphere's immense scope."

WND previously reported when EFF raised its own questions.

"AT&T and the police tried to keep Hemisphere secret. They failed," wrote Adam Schwartz on the website for the Electronic Frontier Foundation.

"The time has come to end the Hemisphere program. As a matter of constitutional law and basic privacy principals, the police should not be allowed, without case-by-case judicial oversight, to scrutinize our social relationships with a database of trillions of phone records."

Privacy groups previously have complained about analysis of individuals' telephone records, which can reveal personal details such as appointments at Planned Parenthood or calls to a local political party or a psychiatrist.

The Daily Beast reported that while such detailed investigations of personal phone records sometimes can help in criminal investigations, the setup of Hemisphere raised red flags.

"What do police do with the Hemisphere evidence that they cannot talk about? According to a Hemisphere training document, police must 'wall off' that evidence, and then recreate it with a traditional subpoena. Police call this 'parallel construction.' EFF calls it 'evidence laundering,'" Schwartz wrote.

He said there are many problems.

"First, this secrecy hides Hemisphere from democratic oversight. Hemisphere enables police to map our intimate social relationships by data-mining massive amounts of our call records, usually without a warrant. Yet because of Hemisphere’s secrecy, judges cannot rule on whether the program violates the Fourth Amendment. Legislators cannot oversee the program and enact appropriate legislation. Voters cannot hold their elected officials accountable. Everyone is in the dark, except for a small number of law enforcement and corporate executives, who unilaterally decided to impose this highly intrusive program on the rest of us.

"Second, this secrecy deprives criminal defendants of their constitutional right to a fair trial. Under Brady v. Maryland, police must disclose favorable evidence to the defense. When police hide their sources of evidence, the accused cannot challenge the quality or veracity of the government’s investigation, or seek out favorable information still in the government’s possession. Moreover, hiding evidence from individuals who are prosecuted as a result of such surveillance is antithetical to our fundamental right to an open criminal justice system.

"Third, the new revelation clarifies AT&T’s role in the Hemisphere program. AT&T suggests that all it is doing is passively responding to lawful government demands for information about its customers. In fact, AT&T actively imposes secrecy on police who wish to use AT&T’s Hemisphere program. AT&T’s motives for imposing this secrecy are not presently known. Perhaps AT&T is seeking to avoid public scrutiny of its Hemisphere business model, which earns millions of dollars from police officials in exchange for access to private phone records that AT&T retains for many years longer than its competitors do."

Bob Unruh
Bob Unruh joined WND in 2006 after nearly three decades with the Associated Press, as well as several Upper Midwest newspapers, where he covered everything from legislative battles and sports to tornadoes and homicidal survivalists. He is also a photographer whose scenic work has been used commercially.
Bush adviser: Biden's human-rights record makes Trump look like Mother Teresa
Report: Jan. 6 protesters forced to get COVID shots to talk to attorneys
Hillary Clinton fights tears over never-used victory address over Trump
In secret meetings, Biden demands media say nicer things about him
Elon Musk predicts chips will be implanted in human brains during 2022
See more... 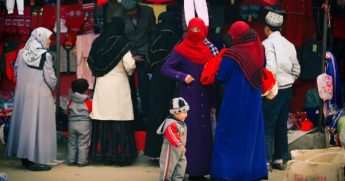