A manhunt was launched in Orlando, Florida, on Monday after a suspect in a homicide allegedly gunned down a police officer and fled, and the tragedy turned doubly horrific when another officer responding to the emergency was killed in a motorcycle accident.

The officer who was gunned down, a 17-year veteran of the force, was identified as Master Sgt. Debra Thomas Clayton.

Chief John Mina told a press conference that she died of shooting injuries at the Pine Hills Walmart store.

"She will be deeply missed," he said, "Debra Clayton is a hero, and she gave her life to protect the community she loves."

He noted she had been one of the first officers who responded last summer to the Pulse nightclub massacre that left dozens of people dead on June 12.

That mass shooting was carried out by a Muslim terrorist.

Clayton's shooting death comes following a 2016 year in which dozens of police officers were shot and killed in a wide range of scenarios in which they were responding to, or investigating, crime.

The Officer Down Memorial Page explains during 2016 63 officers were killed by gunfire, and an additional two by accidental gunfire.

Assaults killed another three, and 23 were killed in auto accidents. One was killed by stabbing and 12 by vehicular assault.

All were shot in am ambush.

The Orlando Sentinel reported Clayton was shot early Monday by a murder suspect as she tried to detain him. "Law enforcement responded with a manhunt that included hundreds of officers. They also offered a $60,000 reward for anyone helping them capture the suspect, Markeith Loyd, 41, who was accused of murdering his pregnant girlfriend in December," the report said.

The additional law enforcement death was an Orange County motorcycle deputy who was working on a dragnet trying to capture Loyd, authorities said.

The deputy's name was not immediately released.

But Mina said the "dirtbag" who was the trigger for the violence would be captured and "he's going to jail."

The confrontation developed about 7:15 a.m. when Clayton attempted to contact Loyd at the shooting area.

Those details still remained under investigation.

But two minutes later, Mina reported, there was a call for an officer down.

Loyd reportedly carjacked one vehicle, but left it behind a short time later.

The Sentinel reported, "The fatal crash happened more than two hours later on Pine Hills Road and Balboa Drive as a deputy on a motorcycle went through an intersection and plowed into the side of a van that was turning left, according to the Florida Highway Patrol."

Loyd is wanted for the death of his girlfriend, Sade Dixon, on Dec. 13. The 24-year-old was pregnant at the time. Loyd also is wanted for allegedly wounding Dixon's brother, Ronald Stewart.

The Daily Mail said Loyd, a convicted felon who has been arrested in Orange County 20 times since 1994, had been on the run for weeks.

Also, the report said, Loyd has served 10 years in prison and five years probation for conspiracy with intent to distribute cocaine, according to federal court records.

In a commentary on New Year's Day, longtime martial arts champion and television star Chuck Norris noted the loss of police officers over 2016.

He noted a total of 135 police officers paid the ultimate price in the line of duty in 2016.

"The annual report by the National Law Enforcement Officers Memorial Fund, or NLEOMF, came out last week and reported that: 'The 135 officer fatalities in 2016 are a 10 percent increase over the 123 who died in the line of duty last year and is the highest total since 2011 when 177 officers made the ultimate sacrifice,'" he reported.

He said the report delineates the losses: "Among the states, Texas had the highest number of officer fatalities, with 17, followed by California with 10, Louisiana with nine, Georgia with eight, and Michigan with six. Six federal law enforcement officers died in the line of duty in 2016, along with four from the U.S. territory of Puerto Rico and one tribal officer.

"Six of the fallen officers in 2016 were female. Among the officers who died this year, the average age was 40, and the average length of service was 13 years."

Continued Norris, "Among our resolutions for 2017, I propose that Americans everywhere resolve to better venerate and respect peace officers, including our Border Patrol agents and National Guard members, as the real celebrities in our culture. And, of course, we should never leave out our amazing U.S. servicemen and women in every branch of the military.

"Support your local law enforcement. Extend a hand of gratitude to those who serve in your neighborhoods, and thank them for protecting your community from crime, criminals and other thugs. And support other agencies that support our officers, too," he wrote. 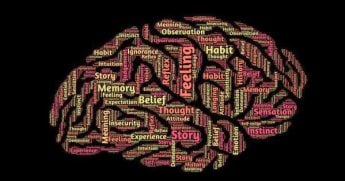