At age 22, he came to the United States from Iran to work on a graduate degree at Carnegie Mellon University in Pittsburgh.

While there, he met Jessi Day, an American from Colorado. The two fell in love, were married in 2012, and are now expecting their first child in May.

In 2015, after Kolouri finished his doctorate in biomedical engineering, the couple relocated to the Los Angeles area, where he is now working as a research scientist, helping to develop cutting edge artificial intelligence technology.

Kolouri's story is the quintessential tale of successful immigration to the United States. Yes, the jobs have changed—good luck explaining artificial intelligence research to a 19th century Irish immigrant—as have the countries of origin. But the essential story remains the same: for centuries, immigrants have come to the United States seeking to improve their lives by learning here, working here, and raising families here, and in the process improving the country for everyone. 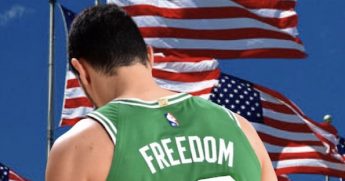