A former Iraq war contractor who blamed President Trump for "destroying" his family and killing his mother with the travel ban this week appears to have been caught in a big lie.

When Mike Hager blamed Trump for the death of his 75-year-old mother, many media outlets went wild with damning headlines, some blaming the president for the woman's demise.

Hager, a man who fled Iraq as a refugee and reportedly became a U.S. citizen, told Detroit's WJBK-TV 2 that he was attempting to bring his ill mother, Naimma, back to Michigan from Iraq on Friday.

He said she needed medical treatment for kidney disease. But on Friday, Trump ordered a temporary ban on immigration from seven nations (Iran, Iraq, Syria, Sudan, Libya, Yemen and Somalia). He said Naimma was told she could not travel to the U.S., where she had lived since 1995. She reportedly died in her home country and never made it back to Michigan.

"[Hager] said his mom would still be alive today if President Donald Trump had not instituted his travel ban on Muslim countries," WJBK-TV 2 reported. As he and his family waited in line at an airport in Iraq, Hager claimed, his family members were told they could not fly to the U.S. because they aren't citizens, though they have green cards.

"I was just shocked. I had to put my mom back on the wheelchair and take her back and call the ambulance and she was very very upset," Hager said. "She knew right there if we send her back to the hospital she's going to pass away – she's not going to make it."

In a report by the New York Daily News, Hager placed the blame for his mother's death squarely on Trump: "She would have been sitting right here next to me. She's gone because of him."

Hager told WJBK-TV 2 he had a message for the president: "You have to understand. You have a daughter – you have family – imagine if somebody does that to your mom. You put the terrorists on this side – the bad people – but don't mix everyone together."

But there's just one big problem.

Naimma died on Jan. 22, a full five days before Trump instituted the travel ban, according to Imam Husham Al-Hussainy, leader of the Karbalaa Islamic Educational Center in Dearborn.

WJBK-TV 2 says it has reached out to Hager for more information, but the station has yet to post his response. 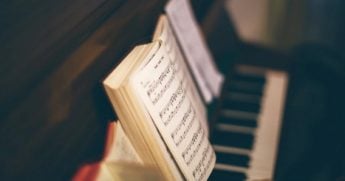