(Daily Caller) -- As a Jew on the libertarian Right, I am sickened by the compulsion of some American Jews to force President Donald Trump to convulse over Jewish angst. The Anti-Defamation League and other largely self-anointed representatives of Jewish interests are kvetching, accusing the president of not making it abundantly clear that he will not tolerate violence against Jews.

#AnswerTheQuestion is the dramatic, petulant hashtag these nudniks have tweeted out. Apparently, President Trump must spell out, tweet out and beat on breast, at every opportunity, his abhorrence for the specter of Jewish community centers, businesses and places of worship being vandalized.

The chief hate group of America, the Southern Poverty Law Center, has been gunning for President Trump back when he was still candidate Donald Trump. Their work and that of the head honcho at Hate Inc., has been to tar this president with the white supremacist Mark of Cain, simply because he loves Middle America, does not hate the founding American nation, hasn’t yet dubbed Thomas Jefferson a hypocrite, called for the excising of American history from an already compromised curricula, or distanced himself from patriots such as Steve Bannon. 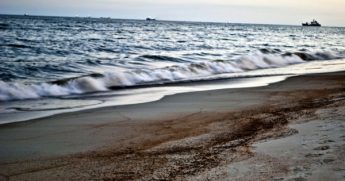