(POLITICO) — President Donald Trump arrived on Capitol Hill Tuesday morning with a stern message for Republicans who've been wobbly about dismantling Obamacare: Give me your vote or you may lose your seat in 2018.

During a closed-door meeting with the House GOP conference, the president gave a full-throated endorsement to the House repeal bill that will come to the floor for a vote on Thursday. He warned that if Republicans don't pass the bill, "I honestly think many of you will lose your seats in 2018."

Trump even called out the bill's most vocal critic in the House, Freedom Caucus Chairman Mark Meadows (R-N.C.), who's led the conservative opposition to the Republican health care plan. "Mark, I'm gonna come after you" if he keeps it up, Trump said, according to multiple sources.

WND News Services
These reports are produced by another news agency, and the editors of WND believe you'll find it of interest.
Liar! Liar!
The un-American appeasement of the LGBT activists
Coronavirus prompts automakers to evacuate workers
Dow: Worst day since October, turns negative for year as coronavirus fears grow
Study: Americans waste nearly one-third of their food
See more... 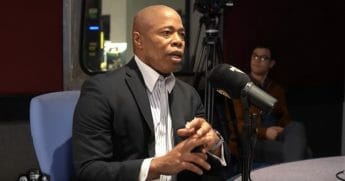 This anti-white dolt wants to be NYC mayor

Where are the prosecutions for Fast and Furious?