Citing his links to Planned Parenthood, a motion has been filed in U.S. District Court for Northern California asking that Judge William H. Orrick III be removed from a case involving undercover videos revealing the U.S. abortion industry's trade in unborn-baby body parts.

Orrick was the judge who just weeks ago issued an order censoring all media from posting a video in which abortionists joke among themselves about the killing of unborn infants.

Even news outlets not party to the case are barred from posting the video.

Read the tested and proven strategies to defeat the abortion cartel, "Abortion Free: Your Manual for Building a Pro-Life America One Community at a Time."

The video was the work of undercover investigators with the Center for Medical Progress, who since 2015 have released more than a dozen videos of abortionists – mostly from Planned Parenthood – talking about their unborn-baby, body-parts trade, their willingness to adjust an abortion procedure to salvage a particular body part sought by a researcher and more.

Most of the videos have been released to the public, but the National Abortion Federation went to court demanding that videos of its members speaking be removed from the Web.

Orrick, appointed under the pro-abortion agenda of Barack Obama, had said he would consider holding CMP leader David Daleiden in contempt after links to videos he had barred from release appeared on the website of Daleiden's attorneys.

However, a new motion on behalf of Daleiden, filed by the Thomas More Society, asks for Orrick to be removed from the case.

The "Motion for Disqualification" explains Orrick is an emeritus board member of a group that has a "key partnership" with the abortionists of Planned Parenthood.

"Judge Orrick's wife has also posted public comments, pictured with her husband, that are supportive of Planned Parenthood and critical of these moving defendants," the law firm explained. "For this reason, and the others set forth below, Daleiden and CMP respectfully request that Judge Orrick be recused from this case and that a stay be granted on all proceedings in this case until this motion is heard."

Orrick, says Thomas More, has a longstanding relationship with Good Samaritan Family Resource Center in San Francisco, which for many years has had a Planned Parenthood clinic on its premises, describing it as a "key partnership."

The judge and his wife also have given more than $5,000 to support GSFRC, which donates its space to Planned Parenthood, the brief explains, pointing out that the judge concealed his links to the abortion industry.

A spokeswoman in Orrick's office, Jean Davis, told WND the judge would refuse to comment on his prior restraint order, because that's his policy.

CMP leader Daleiden and investigator Sandra Merritt face felony charges in California on accusations they recorded without permission other individuals as part of their undercover investigation of the abortion industry's misbehavior.

Court officials in California have allowed those bringing the complaints against Daleiden and Merritt to remain anonymous.

Orrick claimed at one point that publishing the words of the abortion industry executives would expose them to "intimidation, violence, invasion of privacy, and injury to reputation" and that keeping the statements secret was "in the public interest."

He ordered the suppression of video of meetings of the National Abortion Federation and of the names of NAF abortionists.

The Associated Press reported Orrick said he would consider holding Daleiden in contempt of court for the video that appeared on the website of his lawyers.

Orrick ordered a June 14 hearing on the issue.

The video appeared on the site of lawyers Steve Cooley and Brentford Ferreira.

"How can the country stand by while we commit these atrocities against our own children? Planned Parenthood and NAF abortionists laugh about heads getting stuck and casually discuss the dismemberment of babies, fully formed, at five and six months. Meanwhile, their public defenders in the media and their paid spokespeople claim that the group is committing no wrong, that they are a public health service. How long will we be blind to the brutal destruction of these vulnerable babies?"

CMP over the past two years has released multiple videos of Planned Parenthood and its operations to sell unborn baby body parts. In response, a number of states have defunded the abortion industry's largest player and Congress has moved to do the same. There have been several congressional investigations and referrals for possible charges against individuals and groups.

"Federal law prohibits selling body parts, yet the new footage also reveals more haggling by Planned Parenthood executives. The searing injustice of our time is not the selling of those parts, but the fact that a ‘doctor’ can legally tear apart a fully formed baby as long as that child remains in his or her mother's womb," Rose said.

The CMP investigation was conducted by Daleiden and Merritt. They both have since been in the bull's-eye of abortionists and abortionist-supporting prosecutors, with Merritt, a grandmother, recently appearing in court on charges by California authorities alleging she improperly recorded people without their consent.

WND reported the California official who filed felony charges against the two had received thousands of dollars over the years from Planned Parenthood.

But the political influence on the case became crystal clear when it took three judges a total of 12 hours to allow one of the defendants who had scheduled to turn herself in to be freed on bond.

And the names of those bringing the charges were kept secret – for just the prosecutors and judges to know.

As Alveda King told WND: "These are troublesome times, and they can be terrifying. However, as a member of the King family legacy, the family of Dr. Martin Luther King Jr., I can only encourage us to continue to pray, and ask God to help us."

The new video also was condemned by the pro-life Susan B. Anthony List.

President Marjorie Dannenfelser said: "The abortion industry has engaged in a mammoth and hideous deception of the American people while all the while clearly knowing the true horror of their inhumanity to vulnerable children. Abortionist Lisa Harris urged her peers, 'Let's just give them all the violence, it's a person, it's killing, let's just give them all that.' Yet, the terror continues. This is the worst, most graphic conversation we have heard from the abortion industry to date. A civilized nation dares not look away from this assault on the core of our character as a people. This behavior is indefensible and must be stopped."

She challenged Planned Parenthood chief Cecile Richards: "I dare you to call these videos 'deceptively edited' today. There is no way the incredibly disturbing descriptions in this footage could have been placed in the mouths of senior Planned Parenthood staff and their associates. Dr. Uta Landy, a recipient of Planned Parenthood's highest award, is heard clearly saying, 'An eyeball just fell down into my lap.' Since when do clumps of cells have eyes?"

She said it's critical that lawmakers defund Planned Parenthood, redirecting the hundreds of millions of taxpayer dollars each from the abortionists to community health centers.

"This is a life or death situation. The new footage underscores the urgent need for Congress to stop the flow of tax dollars to Planned Parenthood. Every day babies die violently at the hands of Planned Parenthood abortionists who describe strategically tearing children apart to sell their individual limbs, liver, and brain. Taxpayers have had enough of forced complicity in these horrors," she said.

"The facts uncovered raise a reasonable suspicion that these organizations, and/or individuals employed by them, may have engaged in a conspiracy to violate the fetal tissue law," the letter says.

Dinesh D'Souza: Trump better suited for times than Reagan would have been 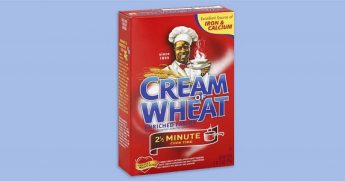