Whether it indicates Republicans are giving in, giving up or just concealing their opinions for fear of being sued, a new poll shows that for the first time, Republicans now are evenly divided on the issue of same-sex marriage.

A new the Pew Research Center survey found that two years after the Supreme Court decision that required states to recognized same-sex marriages nationwide, support for allowing gays and lesbians to marry legally is at its highest point in more than 20 years.

"For the first time, a majority of Republicans and Republican-leaning independents do not oppose allowing gays and lesbians to marry legally," Pew said of the poll, conducted June 8-18 among 2,504 adults.

The poll found 48 percent of Republicans and Republican leaners oppose same-sex marriage, while 47 percent favor it.

As recently as 2013, Republicans opposed gay marriage by nearly two-to-one, 61 percent to 33 percent.

Also, the report said white evangelical Protestants continue to stand out for their opposition to same-sex-marriage: 35 favor it, and 59 percent majority who are opposed.

"Views among older white evangelicals (Boomers and Silents) have shown virtually no change over the past year (26 percent now, 25 percent then)."

The change in attitudes regarding same-sex marriage since the U.S. Supreme Court ruling has been accompanied by an increase in attacks on Christians over their beliefs regarding homosexuality.

This week, however, the U.S. Supreme Court agreed to hear the case of a Christian baker in Colorado who has been punished repeatedly by homosexual advocates in the state bureaucracy – including the state Supreme Court – for refusing to endorse same-sex marriage.

Jack Phillips of Masterpiece Cakeshop declined to use his artistry to promote homosexual weddings, and was punished by the state Civil Rights Commission, including one commissioner who outrageously compared him to the Nazis.

The state's higher courts then refused to intervene, including the highest court, where one justice boasted of being a homosexual advocate.

Homosexual advocates also are fighting a federal appeals court's decision to uphold a Mississippi law that protects the religious freedom of those who believe that marriage is the union of one man and one woman, and that gender is determined at birth.

The 5th U.S. Circuit Court not only reversed an injunction imposed by a lower court – preventing the implementation of the Protecting Freedom of Conscience from Government Discrimination Act – it went further and simply dismissed the case.

The ruling found that the individuals and homosexual advocacy organizations who challenged the law didn't have standing to bring their claims.

"Good laws like Mississippi's protect freedom and harm no one. The court did the right thing in finding that those who have challenged this law haven't been harmed and, therefore, can't try to take the law down," he said.

Theriot explained that the sole purpose of the law is "to ensure that Mississippians don't live in fear of losing their careers or their businesses simply for affirming marriage as a husband-wife union."

The earlier setback for homosexuals came in a case against a T-shirt maker by the Lexington-Fayette Urban County Human Rights Commission in Kentucky.

The group appealed to the state's Supreme Court a recent appeals court decision that business owners must serve all people equally but don't have to treat all messages equally.

It was a T-shirt printer, Blaine Adamson, who, with his company Hands On Originals, was sued by the local Human Rights Commission for refusing to promote "gay" rights.

WND reported in May when the Kentucky Court of Appeals affirmed a Fayette Circuit Court decision that sided with Adamson, saying he could not be forced, in violation of his faith, to print messages demanded by "gay" customers.

In the T-shirt case, Adamson declined to promote homosexuality, and the Human Rights Commission ordered he "must print messages that conflict with his faith when customers ask him to do so."

While the decision so far has affected only the T-shirt case, the simple logic utilized by the court could ripple across the country in other cases, such as in Colorado, where state officials ordered a baker and his staff to undergo re-training for refusing to promote homosexuality.

The lower court's ruling in Kentucky said: "Nothing of record demonstrates HOO, through Adamson, refused any individual the full and equal enjoyment of the goods, services, facilities, privileges, advantages, and accommodations it offered to everyone else because the individual in question had a specific sexual orientation or gender identity. Adamson testified he never learned of or asked about the sexual orientation or gender identity of of Don Lowe, the only representative of GLSO with whom he spoke regarding the T-shirts.

"Also, nothing of record demonstrates HOO, through Adamson, refused any individual the full and equal enjoyment of the goods, services, facilities, privileges, advantages, and accommodations it offered to everyone else because the individual in question was engaging in an activity or conduct exclusively or predominantly by a protected class of people."

The ruling said: "The 'service' HOO offers is the promotion of messages. The 'conduct' HOO chose not to promote was pure speech. There is no contention that HOO is a public forum in addition to a public accommodation. Nothing in the fairness ordinance prohibits HOO, a private business, from engaging in viewpoint or message censorship."

Pew also said overall, "by a margin of nearly two-to-one (62 percent to 32 percent), more Americans now say they favor allowing gays and lesbians to marry than say they are opposed."

Baby Boomers, for the first time, have a majority of 56 percent favoring, while 39 percent oppose.

Among African-Americans, the survey said, "Blacks have long been less supportive of same-sex marriage when compared with whites, but the share of African Americans who favor same-sex marriage has risen 12 percentage points since 2015, from 39 percent to 51 percent."

The younger the generation, the more likely there is support for "gay" unions, the survey said, with those born before 1945 allowing only 24 percent support for the social experimentation.

Bob Unruh
Bob Unruh joined WND in 2006 after nearly three decades with the Associated Press, as well as several Upper Midwest newspapers, where he covered everything from legislative battles and sports to tornadoes and homicidal survivalists. He is also a photographer whose scenic work has been used commercially.
Twitter executive: We don't believe in giving people 'free speech'
WATCH: Pro-abortion gal says it's fine to kill 2-year-old children!
Poll shocker: You won't believe how many pastors actually have a biblical worldview
U.S. treasury chief goes overseas to lobby for 'global minimum tax'
Poll: Americans not buying pitch that switching genders is healthy
See more... 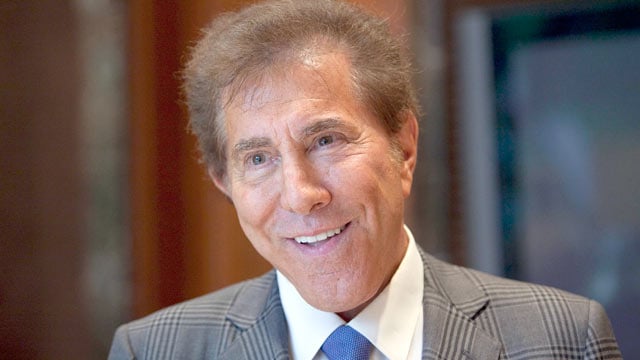 U.S. sues Trump ally Steve Wynn for not registering as a foreign agent of China 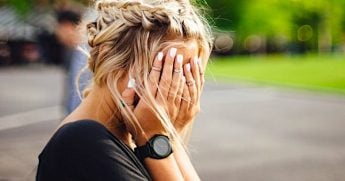 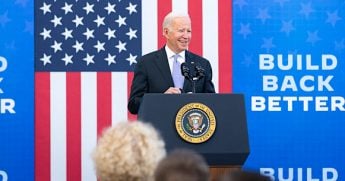