WASHINGTON – The Trump administration could probably take it as a clear sign of success that the biggest media criticism of the federal response to the horrific damage done by Hurricane Harvey, so far, has focused on the first lady's shoes.

That would not seem hyperbolic considering, as Stephen L. Miller wrote for Fox News Wednesday, "The New York Times, Washington Post, Vanity Fair and Vogue all ran editorials about the choice of footwear and what it all means in the context of who Melania Trump is and what it means while boarding a helicopter."

The first lady had come under intense media criticism, facetiously dubbed "Shoegate," for walking just 200 feet in stiletto heels while boarding and exiting Marine One.

Despite the fact she actually wore tennis shoes in the flood zone, as Miller reported, "Politico wrote 890 words about her shoe choice and demanded in a since-deleted tweet that the White House release a statement condemning her choice of footwear for the short walk. Politico’s playbook dedicated another four paragraphs Wednesday morning." So, given the chance Thursday to focus on real issues during the first White House press briefing since the storm swamped Houston, the media immediately began looking for bigger problems than footwear choices.

Reporters persistently probed for any sign of deficiencies, major or minor, in the Trump administration's first response to a major natural disaster.

They looked for any clue that the response to Hurricane Harvey could be compared to what happened after 2005's Hurricane Katrina, the costliest natural disaster in U.S. history and one of the five deadliest.

But unlike Katrina, there were no reports of hundreds of people dying from thirst, hunger, lack of shelter or violence.

Not that there wasn't the strong potential for Harvey to become another Katrina.

Both had record flooding and massive property damage. Additionally, New Orleans Mayor Ray Nagin's decision to delay ordering an evacuation until less than a day before landfall was blamed for hundreds of deaths. Houston Mayor Sylvester Turner didn't even order an evacuation.

Yet, the outcomes were entirely different: The horror stories from Katrina were not duplicated in Houston.

The Trump administration's point man for disaster response credited the coordination among federal, state and local agencies handling the emergency.

Homeland Security Adviser Tom Bossert, who was with FEMA during Katrina, kicked off the press briefing with an update on recovery operations by citing the efforts of 28 search and rescue teams and task forces from 16 different states, while cautioning, "Lifesaving and life-sustaining operations are still underway." But, while detailing the massive scope of recovery efforts and expressing empathy for the victims, Bossert had no real major problems to report.

That reduced the New York Times to virtually pleading for any news about anything that had gone wrong among the combined efforts of federal, state and local agencies.

Times White House reporter Glenn Thrush asked Bossert, "Were there any areas where coordination has been wanting – where you've seen a need for improvement?"

The administration spokesman replied: "I think, at this point, the message is that coordination is happening better than any storm that we've seen before. And so, stressing on anything that's not working well really is, especially from this podium, going to be ill-informed."

That was certainly a far cry from the aftermath of Katrina, in which the administration of President George W. Bush was severely criticized for what was portrayed as the federal government's inadequate response and poor coordination with state and local agencies. So, CNN tried another tack, seemingly in the quest to find some kind of negative news story.

"But," added Bossert, "I think that doesn't mean we're going to let somebody starve or die of thirst or exposure. So, I don't think there's too much of a problem there."

Murray tried another angle. She noted Bossert had said the emphasis was on deporting illegal immigrants who had committed crimes, but "the acting director of ICE has made it clear that he views coming to the U.S. illegally as a crime."

Her question, essentially, was whether illegal immigrants seeking help or shelter from the storm should worry about deportation.

After noting that her phrasing of the question contained a lot of "ifs," Bossert's bottom-line response was that the focus right now by Border Patrol and ICE officers was on "saving lives and providing food, water and shelter." Flooding in Houston from Hurricane Harvey

He then added, in effect, a warning that the reporter's persistent skepticism could cost lives.

"I'd like to leave it at that, because that's the clear message I want to leave behind to somebody that might otherwise, based on your questioning – no disrespect intended – be discouraged from going in and finding something that would save their life."

Bossert was essentially warning reporters that he didn't want desperate people to get the mistaken impression they would be deported if they sought lifesaving help.

It was perhaps a gentle reminder that the spreading of inaccurate information could have deadly consequences.

And it was the last question from a reporter that probed for some fault in the Trump administration's response.

However, a major member of the mainstream media had already declared the Trump administration should not be praised even if it successfully handled its first test in responding to a major natural disaster.

Jeff Greenfield, a former analyst for CNN, CBS and ABC News, penned a column in Politico on Thursday headlined "Don't judge Trump on how he handles Harvey."

"Disasters are a terrible time to judge a president," Greenfield asserted, perhaps evenhandedly.

But he then characterized the president’s appearance in Texas as having "the marks of a self-obsessed, egocentric boy-king who is sufficiently distanced from the rhetorical demands of his office that he was unable to offer words of compassion instead of his usual rah-rah sales pitch."

So, the media had been reduced to finding little to criticize but the president's optimism and his wife's shoes.

Perhaps that's why the New York Times and Washington Post made a political issue out of a critique by a fashion editor for Vogue. Shoegate was sparked by what was either an op-ed or a fashion critique, perhaps both, by Vogue's Lynn Yaeger, titled "Melania Trump’s Hurricane Stilettos, and the White House’s Continual Failure to Understand Optics."

Despite being informed by the White House that the first lady had brought a change of shoes to wear once she reached the disaster zone, Yaeger wondered, "But what kind of message does a fly-in visit from a First Lady in sky-high stilettos send to those suffering the enormous hardship, the devastation of this natural disaster?"

And then the New York Times, the Washington Post and Politico followed suit by taking that criticism seriously.

But the last word may have come from the legions on social media who ridiculed Yaeger online for daring to criticize the first lady's sense of style, given the fashion maven's own extremely unorthodox look. 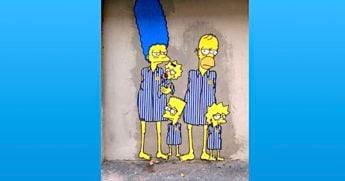