The FBI has admitted that a statement was drawn up by then-Director James Comey exonerating Hillary Clinton – even though she was "extremely careless," at best, with national secrets – months before she was even interviewed about the issue.

Clinton was under investigation by the FBI throughout the 2016 presidential race for using a private email address on a private server while she was U.S. secretary of state.

Long lists of classified and secret information about the nation's security ended up on that unsecured private computer, even after Clinton denied that that could happen.

Two months ago, Senate Judiciary Chairman Chuck Grassley and Sen. Lindsey Graham wrote to the FBI expressing concern that Comey drafted the statement clearing Clinton of criminal charges before the investigation was complete.

The senators reported they had obtained transcripts of interviews from the Office of the Special Counsel that was investigating Comey's actions.

During the middle of the election race, Comey held a press conference announcing the FBI would not be recommending that the Department of Justice pursue charges, though Clinton had been "extremely careless."

Comey also told a House committee last year he made the decision to recommend against charges after Clinton was interviewed.

But the FBI released documents Monday suggesting the statement was drafted far earlier.

The FBI titled the release "Drafts of Director Comey's July 5, 2016 Statement Regarding Email Server Investigation," in reference to the press conference.

The bureau interviewed Clinton on July 2, 2016. Yet according to the newly released documents, Comey sent an email with the subject line "midyear ex Deputy Director Andrew McCabe, general counsel James Baker and chief of staff and senior counselor James Rybicki" on May 2, 2016.

The email says its contents are unclassified, but the FBI redacted the body of the email.

In another email the bureau publicly disclosed Monday, Rybicki responded to Comey and their colleagues Peter Strok, Jonathan Moffa, Baker, Trisha Anderson and E.W. Priestap in a May 16, 2016, email marked "unclassified."

He copied McCabe and David Bowdich, the associate deputy director.

"Please send me any comments on this statement so we may roll into a master doc for discussion with the Director at a future date. Thanks, Jim," Rybicki wrote.

The senators explained in their letter to Wray that interview transcripts released by the Office of the Special Counsel prove Comey drafted the statement before hearing Clinton's testimony.

"It appears that in April or early May of 2016, Mr. Comey had already decided he would issue a statement exonerating Secretary Clinton. That was long before FBI agents finished their work," the letter said. "The outcome of an investigation should not be prejudged while FBI agents are still hard at work trying to gather the facts."

Whether Comey will be held accountable for drafting the statement prior to interviewing Clinton and other key witnesses remains unclear, as FBI and Department of Justice analysts have not concluded whether Comey violated the bureau's rules or simply broke with tradition.

"The decision is never 'made' until the end, even when there's a 99 percent chance it is only going to go one way,” former spokesman for the Justice Department, Matthew Miller, tweeted in September.

It's a bipartisan DOJ conceit. The decision is never "made" until the end, even when there's a 99% chance it is only going to go one way. https://t.co/OAnq1H6WhH

Republicans are demanding for Comey to return to Capitol Hill to address discrepancies in his testimony about the Clinton email case.

Graham warned in September that he would subpoena Comey if he had to.

Trump fired Comey on May 9, citing the mishandling of the Clinton investigation. 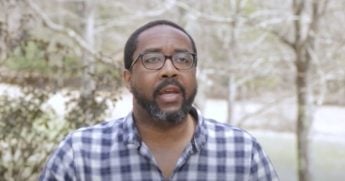