Paddock was prescribed 50 10-milligram diazepam tablets on June 21 and purchased the drug at a Walgreens store in Reno the same day it was prescribed, according to records from the Nevada Prescription Program obtained Tuesday by the Las Vegas Review-Journal.

"A woman who answered the phone at Winkler's office would not make him available to answer questions and would neither confirm nor deny that Paddock was ever a patient," the Las Vegas Review-Journal reported.

Paddock was also prescribed 50 10-milligram tablets of diazepam by Winkler in 2016, the Nevada state monitoring report reveals. He filled that prescription the day it was written at Evergreen Drugs in Henderson and this time it was for two tablets a day.

Diazepam can trigger "aggressive behavior," "hallucinations" and "psychotic experiences," which can be intensified by alcohol consumption, according to DrugAbuse.com.

"If somebody has an underlying aggression problem and you sedate them with that drug, they can become aggressive," Dr. Mel Pohl, chief medical officer of the Las Vegas Recovery Center told Review-Journal. "It can disinhibit an underlying emotional state. … It is much like what happens when you give alcohol to some people … they become aggressive instead of going to sleep."

According to a study published in the June 2015 World Psychiatry there is a strong correlation between a person's risk of homicide and use of benzodiazepines. After examining 960 adults and teens convicted of homicide, the study found users of benzodiazepines have a 45 percent increased risk of committing homicide.

Paddock smuggled an arsenal of weapons into the Mandalay Bay and placed cameras inside and outside his room before launching his attack.

"What this man in Las Vegas did was very planned," he told the Review-Journal.

Discovering why he was prescribed the drug "may have more to do with why he did what he did," First said.

As WND reported, nearly every mass shooter in recent decades used mind-altering pharmaceutical medications prior to or during their murder sprees.

But the truth about mass shootings and psychiatric drugs is being swept under the rug by the media. Corporate media outlets face a major conflict of interests by exposing big pharma corruption.

Pharmaceutical companies spend about $5 billion a year on advertising with corporate media outlets. 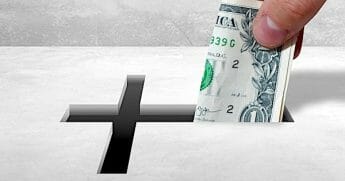