Her beautiful, long hair was scalped off her head by Indians after she was shot. This was the fate of Jane McCrea, whose loyalist fiancé David Jones had only weeks earlier joined British General "Gentleman Johnny" Burgoyne.

General Burgoyne was marching in June of 1777 with 7,000 British and Hessian troops from Canada to Albany, New York. General William Howe was supposed to be marching up from New York City to Albany in a "divide and conquer" entrapment plan. Instead, General Howe abandoned the plan and left to capture Philadelphia, the capital of the United States, as in European warfare if an enemy's capital was captured the war would immediately end.

British General Burgoyne recaptured Fort Ticonderoga, and in August of 1777 sent 500 Hessian troops to capture an American supply depot in Bennington, Vermont. To his surprise, American General John Stark surrounded and captured them.

American General Philip Schuyler's Army of 1,000 men along the Mohawk River was blocking Burgoyne's route to Albany. British General Barry Saint Leger was sent to scatter them. St. Leger set an ambush for the Americans coming to reinforce Fort Stanwix, but met bloody resistance at the Battle of Oriskany.

St. Leger would have won had it not been for the American's mass courage, aided by a sudden torrential rain that soaked the priming of the muskets. As Burgoyne headed down the Hudson River Valley, he made a treaty with the Mohawk Tribe to terrorize American settlements.

When Indians returned to camp from their nightly raids, they would yell and proudly display the scalps of their enemies. One night, to his dismay, loyalist David Jones recognized one of the scalps as being that of his fiancée Jane McCrea.

An outrage erupted in the British camp, resulting in Burgoyne having to meet with the Indians and tell them to show restraint. The Indians became offended and left Burgoyne stranded deep in the forest. The British were now at a great disadvantage, as the Indians had been their eyes and ears, giving reconnaissance of the Americans' positions. Jane McCrea's death, later immortalized in James Fenimore Cooper's novel "The Last of the Mohicans," rallied Americans and caused ranks to increase to 15,000.

British attempts to send reinforcements were thwarted, as Yale President Ezra Stiles explained, May 8, 1783: "To whom but the Ruler of the Winds shall we ascribe it, that the British reinforcement, in the summer of 1777, was delayed on the ocean three months by contrary winds, until it was too late for the conflagrating General Clinton to raise the siege of Saratoga."

At the Battle of Saratoga, Oct. 7, 1777, General Benedict Arnold led a valiant charge on the British flank, resulting in him being considered the hero of the battle. Shortly thereafter, Oct. 17, 1777, British General Johnny Burgoyne surrendered to American General Horatio Gates, and an estimated 6,000 British troops were captured.

This was the first time in history that an entire British army was captured at one time. When news of Burgoyne's surrender reached King Louis XVI, he decided to have France enter the Revolutionary War of the side of the Americans. Spain and Holland soon added their support.

This effectively caused the American Revolution to become a global war, stretching Britain's resources around the world, including the West Indies and Europe. The surrender of Burgoyne at Saratoga is not only considered a major turning point in the Revolutionary War, but one of the most important battles in world history.

Artist John Trumbull's painting of the "Surrender of General Burgoyne" is in the U.S. Capitol Rotunda.

General George Washington wrote to his brother John Augustine the day after the Saratoga victory: "I most devoutly congratulate my country, and every well-wisher to the cause, on this signal stroke of Providence."

When Roger Sherman of Connecticut, who signed the Declaration of Independence, heard of the victory of Saratoga, he exclaimed: "This is the Lord's doing, and marvelous in our eyes!"

On Nov. 1, 1777, the Continental Congress proclaimed the first national day of thanksgiving after independence had been declared: "That with one heart and one voice the good people may express the grateful feeling of their hearts. ... join the penitent confession of their manifold sins ... that it may please God, through the merits of Jesus Christ, mercifully to forgive and blot them out of remembrance ... and ... under the providence of Almighty God ... secure for these United States the greatest of all human blessings, independence and peace."

Upon hearing of this, General George Washington ordered the holiday to be observed by the Continental Army: "Being the day set apart by the Honorable Congress for public Thanksgiving and Praise; and duty calling us devoutly to express our grateful acknowledgements to God for the manifold blessings he has granted us, the General directs that the army remain in its present quarters, and that the Chaplains perform divine service with their several Corps and brigades. And earnestly exhorts, all officers and soldiers, whose absence is not indispensably necessary, to attend with reverence the solemnities of the day." 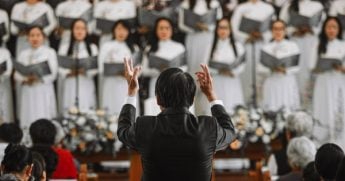