Norris filed suit against 11 drug companies Wednesday in San Francisco for "poisoning" his wife Gena with a dye containing the heavy metal gadolinium used with MRI scans in a procedure that "left her close to death with lifelong pain and weakness." The dye makes the organs easier to see on the scans, improving diagnosis.

Following three MRI scans in one week five years ago to assess her rheumatoid arthritis, Gena began to feel like she was dying. And her husband could see it, too.

"I just heard that still small voice deep inside of me that said, 'Gena your body is dying.' And I walked out of the bathroom and he just took one look at me and he knew; 'I'm about to lose my wife,'" Gena said in an interview on "Full Measure with Sharyl Attkisson."

Chuck Norris continued: "Well I saw death in her eyes. I saw her dying and I said you know I've got to do something."

He went on: "Well it's the helpless feeling, you know cause I'm kind of a take charge guy, and then here I have something where I cannot do anything and it was, it was horrifying and, and uh, I just thank, thank God that we were able to weather it and that she did get better and I got my wife back."

Gena explained she ended up in an emergency room for "five or six nights in a row."

"And by the fourth, fifth, sixth night, the burning just kept traveling and I would go in and they'd say, 'Well what's wrong with you?' And I'm like 'I, I don't know. I don't feel good. And I'm just, I'm burning. All I can tell you is I'm burning all over. I feel like I have acid everywhere in my tissues, I'm just, I'm on fire.'"

Tests for ALS, Parkinson's and more were negative, so she did her own research and found reports of poisoning from a substance used during an MRI, which she'd had recently.

The substance, gadolinium, is manufactured by nearly a dozen drug companies, all named in the Norris' suit. The filing claims gadolinium left her close to death and with permanent weakness, exhaustion, periods of pain, a loss of cognitive function and a constant burning feeling. The couple cited $2 million in out-of-pocket medical expenses, reported the London Daily Mail.

"Unfortunately, litigation is the only course of action we can take to hold the drug companies accountable for threatening the lives of so many innocent people who undergo MRIs," she said.

"These companies continue to say that there is no link between gadolinium and adverse events, even though the evidence is overwhelming that this heavy metal stays in the body for years, rather than hours."

The Norrises are represented by Cutter Law, a firm that has litigated other claims of injury from gadolinium.

The Food and Drug Administration stated as recently as May that it found no evidence gadolinium retained in the body caused harm, with the exception of those suffering kidney issues. The finding was echoed by a European Union agency in July. But following the Norris' appearance on "Full Measure with Sharyl Attkisson," the agency added children and pregnant women to the higher-risk categories and issued a call for more research, even raising the possibility of removing the gadolinium-based dyes from the market.

In their suit, the Norrises note that blood and urine testing for gadolinium became available only recently, and most doctors have not been aware of any disease linked to the dye to screen for. This, they say, is the reason there has been no direct link established between symptoms suffered by Gena and others and MRIs.

"One of the problems is this is a very misdiagnosed and underdiagnosed condition," said attorney Todd Walburg.

The lawsuit accuses the named manufacturers of gadolinium of knowing the risks, while not warning consumers. It seeks more than $10 million in damages. 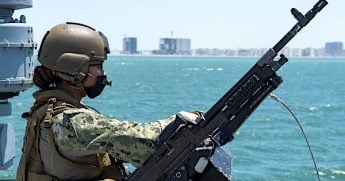