For every 100,000 residents, almost 20 died in drug overdoses in 2016, compared to 16.3 the year before, according to the data released by the Centers for Disease Control and Prevention.

The rate of deaths increased slightly in every quarter of 2016, indicating an accelerating epidemic. That crisis has been driven by opioid abuse, as potent synthetic drugs such as fentanyl and carfentanil, an elephant tranquilizer, circulate more on the black market.

WND News Services
These reports are produced by another news agency, and the editors of WND believe you'll find it of interest.
Biden calls pope's visit to Iraq 'a symbol of hope'
Austria suspends AstraZeneca vaccine batch after death
One year ago, Dr. Fauci told everyone NOT to wear a mask
Dems' stimulus includes $86 billion bailout for union pensions
Jews plan 'mask-burning' party to celebrate end of Texas mandate
See more... 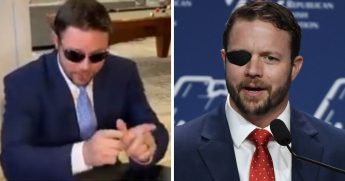