Blinking eyes usually don't make any noise. But now, from North Korea, we have the "Eye-blink-Heard-'Round-the-World"!

Many Americans are suspicious of dictator Kim Jong-un's abrupt and surprising eye-blink reversing his entire national thrust and declaring himself open to talks with the United States. Is it a trick, a ruse, an insulting continuation of North Korea's habit of deceit, lying and reneging on its solemnly pledged word? Maybe. Maybe even likely. There is some historical evidence, however, that urges us to consider another side.

Remember the cartoon featuring two 6-year-old boys sitting on a fence when a pretty and perky 5-year-old girl passes by? One of the boys says, "If I ever quit hating girls, I'm gonna quit hating her first!" Well, if I ever suspend my distrust of Communist duplicity, I'll quit distrusting this North Korean move first.

Yes, the Norks may be fudging to gain more time, and they may already have what they consider a trustworthy nuclear weapon, but please hear what gives me a modicum of hope that President Trump may have genuinely changed world history, beginning with the Korean peninsula.

Americans in large numbers are put off by the abruptness of the shift in Pyongyang's policy. Americans and most of the Western world tend to favor walking a position back slowly and deliberately to limit the "loss of face" that arises when the Communist dictatorship rewards tough talk from Washington with what seems like a pell-mell rush to surrender. Be aware, however, that Communists don't keep score the way we do.

This lesson was indelibly jack-hammered into me thanks to a rather amazing experience in the Soviet Union in 1956. En route from North Carolina to Moscow, I stopped in New York to visit my Uncle Ellis, who had a huge advertising job with the Liberty Music Company. On Ellis's desk was the first transistor radio. It was American – the Japanese were nowhere near their electronic proficiency yet. The brand name was "Regency," and it really was a "pocket radio." "Take this with you to Russia," Ellis suggested. "It'll drive them crazy!" Ellis had no way of knowing just how right he was about that!

It was a beautiful July afternoon on Moscow's Red Square as I quietly entered from the Hotel National and prepared to "knock their socks off even if they were wearing pantyhose" with my brand-new American pocket-radio [Historical note: Actually, pantyhose – a North Carolina invention! – didn't appear until 1959!].

What followed is a narrative some of my best friends simply don't believe, but it's totally true.

The Soviet Union was acrawl with agitprop ("agitation-propaganda") agents, one of whose missions it was to keep people moving. Soviet Communism abhorred crowds. If you and I met on the street and stopped to talk, that would have been OK. But if a third person were to come along and join us, an agitprop agent would appear, with the Russian version of "Move along now! Nothing to see here!"

I pulled out my Regency pocket radio and turned it on. Within 60 seconds I had no fewer than 700 Russians clustered around me, marveling at my incredible toy from America. Right on schedule, as if in a well-produced sit-com, Comrade Agitprop with the baggy pants knifed his way through the clamoring crowd until he was at my side. He looked at me, looked at the radio, looked at the crowd and then cupped his hands around his mouth and shouted, "We make these better in the Soviet Union!"

He then turned to me and – unbelievably – asked me, "What is it?"

The "American mind" wonders, "Gee, isn't he terribly embarrassed to lay naked his perfidy and bald hypocrisy?" Not at all! I can offer a football analogy that spells out precisely why he wasn't the slightest bit out of joint. Imagine the wide receiver and the defending safety man racing downfield, hoping for a pass completion and an interception, respectively. It's a quite common "trick" for the safety man to rattle the receiver by shouting, at the right instant, "You dropped it!" in hopes of disorienting him. Even if the trick fails and the pass is completed for a huge gain, the defender may be sorry he lost the contest, but he's not the least bit "embarrassed" over what he tried to do. Thus it made perfect sense to yell "You dropped it!" while the ball was in mid-air!

A wise man told us "The rich are not like you and me." Neither are the dictators.

On Jan. 20, 1981, the dictatorship of Iran undoubtedly experienced a variety of emotions as they quickly readied the American hostages held in the U.S. Embassy in Tehran for immediate release. But embarrassment was not among those emotions, merely the pragmatic imperative of reversing all their evil engines and making nice now that Ronald Reagan had won the election, and after holding our hostages for more than a year they abruptly shifted gears and goals to avoid being the target of Reagan's wrath. That date in 1981 was Reagan's Inauguration Day!

The incomparable Yogi Berra taught us "You can observe a lot just by looking." Our previous president never learned how or which way to look. Obama can rightly be embarrassed to be revealed as a less-skilled observer than Kim Jong-un! 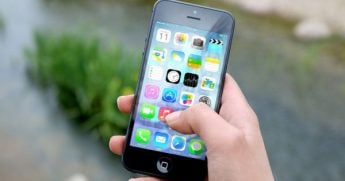