The father of a Pakistani tech aide to Rep. Debbie Wasserman Schultz, D-Fla., and other House Democrats transferred a USB drive to a Pakistani senator and former head of a Pakistani intelligence agency, according to the father's former business partner, the Daily Caller News Foundation reported.

Investigators already have concluded the congressional IT aide, Imran Awan, and other family members made "unauthorized access" to House servers while working as highly paid IT administrators for House Democrats until Capitol Police began probing them in early 2017. Minhas said Imran Awan bragged he had the power to "change the U.S. president."

Asked to explain, Minhas said that on one occasion in 2008, Imran Awan's father gave a USB drive to the Pakistani official, Malik. Imran began working for the House in 2004.

Minhas said his brother, Abdul Razzaq, was with Imran's father when the exchange took place.

After Malik received the data, four Pakistani government intelligence agents were with Imran's father on "24-hour on duty to protect him."

Minhas did not say what was on the USB.

Pakistan's Inter-Service Intelligence, the ISI, often has been accused of supporting al-Qaida while also being a target of jihadists. When the U.S. closed in on Osama bin-Laden, the CIA director at the time, Leon Panetta, said he didn't warn the ISI about the raid because he feared word might leak to the al-Qaida leader.

WND reported in January that the IT aides sometimes even logged in as congressmen to cover their tracks. Authorities said there is evidence the members' data may have been aggregated onto one server, which then was physically stolen.

The IT staffers – Imran Awan, and his brothers Abid and Jamal – allegedly ran a ghost employee scheme along with their wives that took in nearly $6 million over the years. After wiring approximately $300,000 to his native Pakistan in July, Imran Awan was arrested by the FBI at Dulles International Airport. He was then indicted on four counts of bank fraud in connection with his wire transfer. He was carrying $12,000 in cash on him at the time of his arrest.

However, there have been no criminal charges related to the House IT breach. The indictments of two of the suspects were only for bank fraud, after prosecutors said the suspects transferred money from the House bank to Pakistan and tried to flee the country.

Last month, congressional documents revealed there were no background checks conducted on the Pakistan-born IT aides.

'See how I control White House' Minhas said Imran Awan told him: "See how I control White House on my fingertip."

Imran, according to Minhas, said "he can fire the prime minister or change the U.S. president."

Minhas said he didn't understand all of the seemingly grandiose claims Imran was making until now.

TheDCNF said the claims about the USBs by Minhas could not be confirmed.

But numerous Pakistanis familiar with the family confirmed that Haji Ashraf Awan often boasted of his power.

"My son own White House in D.C.," he would say, according to Minhas. "I am kingmaker." 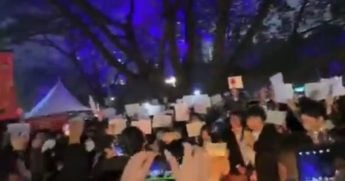