Public K-12 no longer teaches objective and unbiased education. Instead, schools are centers of radical left-wing indoctrination for Cultural Marxism, identity politics and other anti-American ideas. Students are told what to think, not how to think.

Teach for America partnered with EdX to produce a six-week online course for middle school teachers, "Teaching Social Justice Through Secondary Mathematics." Sample lessons included instruction in "Unpaid Work Hours in the Home By Gender" and "Race and Imprisonment Rates in the United States."

Stories about the daily horrors children experience in radicalized school systems is chronicled in an excellent new report by the David Horowitz Freedom Center, "Leftist Indoctrination In Our K-12 Public Schools."

Trump bashing is a popular indoctrination topic in K-12 among faculty and administration, according to the Horowitz report.

Yet there is good news. A solution is on the horizon for ridding public education of left-wing ideology.

The Horowitz Freedom Center is spearheading a campaign to get state legislatures to create a "Code of Ethics for K-12 Teachers." The code includes forbidding teachers from using their classrooms as a platform for political agendas. Violations of the code will be tough: probation, suspension, or even loss of a teaching license.

Now it's up to the people to get this legislation passed – and enforced. 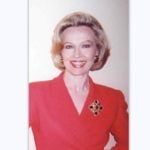