On April 27, teachers in K-12 public schools in my home state of Colorado (where I live, as opposed to where I'm from) will be participating in a statewide "Day of Action" calculated to pressure legislators into setting aside more funding for schools. This follows similar action recently taken by teachers in Oklahoma and West Virginia.

In districts across the state, this "Day of Action" will result in massive school closures as teachers take vacation, personal and sick time to participate.

Specifically, Colorado teachers are seeking pay increases, more retirement benefits and funding for academic programs. As one may ascertain through the linked articles above, there's something of a national movement brewing in this vein, and it's being celebrated not only by educators, but by the press as well.

According to CNN, the Colorado Education Association says that Colorado educators' average pay has dropped by more than 17 percent when adjusting for inflation over the last 15 years, and that the state has underfunded its schools by $828 million through its failure to keep up with a state constitutional mandate passed during the last decade to increase funds each year by at least the rate of inflation.

Well, guess what? There are millions of Americans in many fields of endeavor who have not had their income adjusted for inflation in far longer than a decade, and who do not have state and nationally based organizations advocating for them.

This is not to say I believe that teachers are overpaid, or even adequately paid, because I don't. The sad fact, however, is that these perennial campaigns for more money "for the children" (which is always the mantra) invariably play out in the same way:

Teachers and parents become frustrated with deficiencies in the public school system. Teachers, administrators and unions point to underfunding. Then, the mobilization to activism occurs. Once additional funding is secured, unions enrich their coffers, while administrators raise their salaries (but seldom teachers' salaries), build buildings the district doesn't need, buy nice homes, automobiles and tailored suits for themselves and then threaten to close down academic programs or schools in under-served areas when the money gets tight again – and the cycle begins anew.

Add to this the fact that in public schools, pay scales for teachers are never merit-based, but follow the dismal and inefficient archetypes of state-run bureaucracies, leading to the retention of substandard teachers and the disillusionment of dedicated ones.

"If you artificially inflate demand for something and don't let supply adjust, prices will go up."

Following the story in the press, one can readily see that much of the rhetoric being bandied about in Colorado and the other states has to do with the inordinate amount of debt in which teachers (particularly newer ones) find themselves, and a lot of that is student loans.

Well, there are very good – and very bad – reasons for that.

A few years ago, I went with a friend to see a high-profile political speaker at a nearby state university. My friend and I had an hour to kill before the event; since he happened to work at the university, he suggested we have dinner at one of the several student centers on campus beforehand.

This student center was in a new building and was only one of many to which students had access. The decor was gorgeous. The food was inexpensive, but rivaled the best restaurants in town and represented an obscene number of cuisine types. The apparel of the professional staff was so smart they would have made Gordon Ramsay feel under-dressed.

Later, we were treated to the scheduled speaker, who made nearly six figures for a 25-minute, rather mediocre speech.

In his 2013 Forbes article, "The Reason Why College Is So Expensive Is Actually Dead Obvious," Pascal-Emmanuel Gobry details the machinations of the higher-education racket quite clearly: As a rule, colleges charge as much as students are willing to pay, because they operate within a business model of high fixed costs and low marginal costs. Add to this Gobry's assertion that "[I]f you dramatically increase consumers' willingness to pay by giving them free money [through such devices as student loans], they will pay more."

This is the chief reason the phrase "worked my way through college" no longer exists in our lexicon. If university students had to incur the kind of costs existing today without the benefit of student loans, they'd be in their 60s before they made it into the workforce.

While the cause for skyrocketing higher education costs in recent years remains a mystery to most Americans, it is known to those in academia. It's not publicized nor widely repeated, because the money-grubbing lefties who claim to hate money but who control higher education in America don't want people to see our model of higher education for the rapacious scam that it is.

The inordinate perks (and costs) institutions of higher education took on gave rise to pressure to compete amongst other colleges and universities, thus creating a nationwide epidemic of inflated costs.

All of this expense is obviously passed on to people who are graduated from colleges and go on to become K-12 teachers. Fortunately for them, they do have unions and advocacy groups to help secure their salaries and benefits, thereby keeping the monster alive and giving them the opportunity to encourage new generations of students to spend tens of thousands of dollars on college educations – whether or not they have the faintest idea of what they'd like to do after graduation.

I had considered embarking on a nationwide college speaking tour – demanding far less than six figures – to inform the masses regarding all of this as a means toward rectifying the situation, but determined it was a pretty safe bet that few if any schools would sign on.

Erik Rush
Erik Rush is a columnist and author of sociopolitical fare. His latest book is "Negrophilia: From Slave Block to Pedestal - America's Racial Obsession." In 2007, he was the first to give national attention to the story of Sen. Barack Obama's ties to militant Chicago preacher Rev. Jeremiah Wright, initiating a media feeding frenzy. Erik has appeared on Fox News' "Hannity and Colmes," CNN, and is a veteran of numerous radio appearances.
@erikrush
Leftist celebrities: Childish to the end
The Deep State conspiracy that gave us Obamacare
The political left: Perpetual merchants of death
And the morons march on …
'Civility' during confirmation process? Don't be fooled
See more... 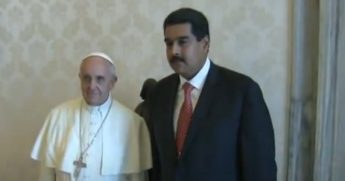