Since Palestinian Authority President Mahmoud Abbas came to international public prominence as Yasser Arafat's heir to the president-for-life title, he has been trying to explain away the doctoral thesis he did decades ago at Patrice Lumumba University in Moscow that denied the Holocaust ever happened.

Judging from his latest statements about the Holocaust, I assume we can assume he now believes it actually happened. That would have to be the case because now Abbas is suggesting it was all the fault of the Jews and their "social behavior."

I'm just not sure if this is progress or regress – or if it really matters in the case of the vehemently anti-Semitic Palestinian leadership.

It seems for the first time since this so-called Palestinian movement began in earnest in 1967, the world is beginning to catch on to the charade.

In case you missed it, Abbas recently launched into a rambling "history lesson" in a rare session of the Palestinian National Council aimed at disproving the 3,000-year-old Jewish connection to the land of Israel.

Abbas insisted the Ashkenazi Jews of Europe are not the descendants of the ancient Israelites and, therefore, have no "historical ties" to Israel. he added that the Holocaust was not the result of anti-Semitism and Nazi violence but of the Jews' "social behavior, [charging] interest, and financial matters."

A Palestinian editorial last month claimed that the West created Israel partly as revenge for the losses it suffered during the Crusades.

In a speech in January, Abbas said the formation of Israel was a "colonial project" of the Europeans to safeguard European interests "that has nothing to do with Judaism." European Jews during the Holocaust, the Palestinian leader said, chose to undergo "murder and slaughter" over immigration to British-held Palestine.

In contrast, on Monday, Abbas claimed that Adolf Hitler facilitated the immigration of Jews to Israel by reaching a deal with the Anglo-Palestine Bank under which Jews who moved to the British Mandate of Palestine could transfer all their assets there through the bank.

Abbas also indicated he had no interest in cooperating with the U.S. on a peace plan, warning the Palestinian National Council he plans to take unspecified "tough steps" soon against Israel and the United States.

He said the Trump administration's recognition of Jerusalem as Israel's capital is "completely unacceptable."

Suffice it to say this terrorist in non-Islamic clothing is no more reasonable or moderate than his predecessor or his rivals in Hamas.

He's a moral reprobate and can never pretend to be a "peace partner" to Israel.

It seems more and more people around the world are seeing him for what he is – a terrorist who not only attempts to terrorize Israel but his own people as well.

His true colors are being seen. I noticed there was far more coverage of the latest comments by Abbas than there had been in the past. They are getting more vitriolic and hateful as he gets older and sees his deceptive charade no longer playing well around the civilized world.

On thing missing, however, is worldwide condemnation. Almost all of the criticism of his Nazi-excusing rhetoric came from Jewish leaders. That's a scandal in itself.

It's a scandal from which I wanted to distance myself, as I would think any other civilized person would.

Joseph Farah
Joseph Farah is founder, editor and chief executive officer of WND. He is the author or co-author of 13 books that have sold more than 5 million copies, including his latest, "The Gospel in Every Book of the Old Testament." Before launching WND as the first independent online news outlet in 1997, he served as editor in chief of major market dailies including the legendary Sacramento Union.
@JosephFarah
Another false narrative about 'insurrection' day
The 'Insurrection' that wasn't
When I was 'woke'
The next time God shuts heaven
Who gets 'credit' for sparking the pandemic?
See more... 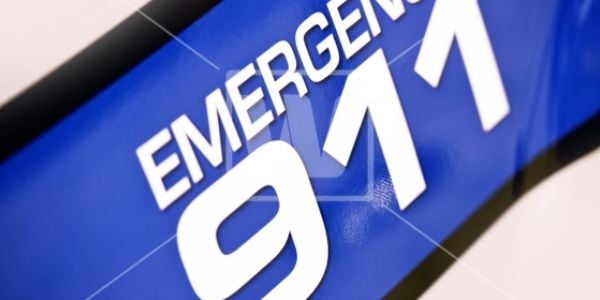