The pro-life group Operation Rescue has contacted authorities after a caller threatened the lives of a staff member and her family.

Cheryl Sullenger, senior vice president for the Wichita, Kansas-based group, told WND there were several calls from the man, who was blocked after the first call but changed to a different telephone number.

Listen to one of the calls here (Warning: contains violent and offensive language):

Sullenger said the caller, who was incoherent at times, wanted a 13-year-old article expunged from the OR website, claiming he had been "kicked out of a class" because of it.

The article concerned a woman who lived adjacent to the late George Tiller's abortion business and cared for the other children of women who were obtaining abortions there.

Sullenger said the caller confessed he had followed the staff member and her daughters.

Sullenger responded by asking if he was admitting he was a stalker.

Eventually she hung up and blocked his number, and he then made followup calls from other numbers.

Operation Rescue said in a statement the "menacing caller told the staffer that he was going to kill her and her entire family after he sexually assaulted two female family members."

"He said that he had often followed the staffer and female family members around Wichita, Kansas, the location of Operation Rescue’s national headquarters, and knew where the staffer lived."

OR said the fact that the numbers were local added to the concern. The caller identified himself as Christopher Thompson, but it's unknown if that is his real name.

"The threats were directly related to the work of Operation Rescue. His sick voicemail threat was unhinged and highly disturbing," Newman said. "We are all taking increased security precautions and are withholding the staff member's name for security reasons."

OR said the death threats were reported to the police and the FBI.

"We take this kind of thing very seriously. Charges will be pressed if police if and when police are able to identify and apprehend this person," said Newman. "We also pray he gets the help he needs before he hurts anyone." 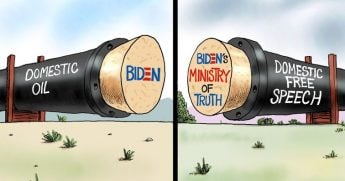