The Alabama Supreme Court has ruled that an unborn baby is a "person" under the law, and, consequently, the death of that person can be punished with execution.

Further, in a special concurrence, Justice Tom Parker called on the U.S. Supreme Court to revisit Roe v. Wade, the 1973 ruling that created a "right" to abortion.

"I write specially to expound upon the principles presented in the main opinion and to note the continued legal anomaly and logical fallacy that is Roe v. Wade," he said. "I urge the United States Supreme Court to overrule this increasingly isolated exception to the rights of unborn children."

Parker affirmed the Alabama court's rationale that "unborn children are persons entitled to the full and equal protection of the law."

He asserted Roe v. Wade is "without historical or constitutional support, carved out an exception to the rights of unborn children and prohibited states from recognizing an unborn child's inalienable right to life when that right conflicts with a woman's 'right' to abortion."

"This judicially created exception of Roe is an aberration to the natural law ... and common law of the states," Parker said.

He noted the Alabama court's opinion stated the "obvious truth that unborn children are people and thus entitled to the full protection of the law" in its decision to reject Jessie Phillips' arguments "that the unborn child he murdered, Baby Doe, was not a 'person' under Alabama law."

In the case, Phillips was charged with the murders of his wife and unborn child, and sentenced to be executed. The state Supreme Court affirmed the sentence, rejecting claims that Phillips could not be sentenced for the unborn child's death because the child was not a "person."

The fault in the Roe decision was cited by Justice Harry Blackmun, who wrote the majority opinion.

He said the justices didn't have the scientific evidence to determine if an unborn baby is a person, but "personhood" is the foundation of the case.

Blackmun wrote: "(If the) suggestion of personhood [of the preborn] is established, the [abortion rights] case, of course, collapses, for the fetus' right to life is then guaranteed specifically by the [14th] Amendment."

The Alabama ruling is not the only one to point out to the U.S. Supreme Court that Roe was wrongly decided.

In August, the 11th Circuit Court of Appeals struck down an Alabama law banning the gruesome, second-trimester abortion procedure in which limbs are removed from a baby's body in the womb.

At the time, Chief Judge Ed Carnes lamented in his opinion that he was bound by U.S. Supreme Court precedent to rule against the state, writing that "dismemberment" is the best description of the procedure, which clinically is known as dilation and extraction.

"In our judicial system, there is only one Supreme Court, and we are not it," he wrote, calling the high court's history of abortion rulings an "aberration" of constitutional law.

And Judge Joel Dubina wrote separately to express his agreement with Supreme Court Justices Clarence Thomas and Antonin Scalia in Gonzales v. Carhart in which Thomas wrote, "I write separately to reiterate my view that the Court's abortion jurisprudence," including in Planned Parenthood v. Casey and Roe v. Wade, "has no basis in the Constitution."

And a year ago, eight members of the Alabama Supreme Court revived a wrongful death claim against a physician even though the life that was lost was that of a "pre-viable" unborn child.

That ruling set the state in direct conflict with the Roe v. Wade decision.

The Alabama judges at the time criticized the Roe decision's "incoherent standard" of viability.

The newest opinion notes that Alabama law states an unborn child is a person under the state's intentional murder statute.

According to Liberty Counsel, "Justice Parker wrote separately to emphasize how broadly and consistently the law and judicial decisions in Alabama and around the country protect the rights of unborn children. This, Justice Parker said, contrasts with 'the continued legal anomaly and logical fallacy that is Roe v. Wade.'"

In his opinion, Parker called on the Supreme Court to act: "It is my hope and prayer that the United States Supreme Court will take note of the crescendoing chorus of the laws of the states in which unborn children are given full legal protection and allow the states to recognize and defend the inalienable right to life possessed by every unborn child, even when that right must trump the 'right' of a woman to obtain an abortion."

He said that by ensuring broad legal protections for unborn children, including under Alabama's capital murder statutes, "we affirm once again that unborn children are persons with value and dignity equal to that of all persons."

"There is a growing chorus of voices urging the Supreme Court to overrule its abortion decisions," said Liberty Counsel founder Mat Staver. "The Supreme Court has created a constitutional aberration and caused incalculable harm by its abortion decisions. In 1992, Justice Kennedy voted with the majority to overrule Roe v. Wade, and then flipped his vote 30 days before the opinion was released to uphold Roe. It is time to correct course and overrule this horrible chapter in American and Supreme Court history."

He continued: "We applaud Justice Tom Parker in calling on the Supreme Court to overturn the Roe v. Wade decision and once again protect precious children, women, and families. Abortion is simply a euphemism created by activists to soften what it really is: the murder of innocent unborn children.

"We must stop this human genocide. We must demand that the Supreme Court undo the horrendous ruling and make the womb a safe place again in America. As we hear about the horrible descriptions of the dismemberment of Jamal Ahmad Khashoggi, every breathing person naturally shutters. Yet, every day in America, helpless, preborn children are dismembered while they are still alive. We too must shutter at this horrible act and stop it."

Parker is currently an associate justice of the Alabama Supreme Court and is running for the position of chief justice. Parker won the primary election on June 5, 2018.

In his new concurrence, Parker said a "person is a person, regardless of age, physical development, or location."

"Baby Doe had just as much a right to life as did [mother] Erica Phillips. ... Phillips was sentenced to death for the murder of two persons; Erica and Baby Doe were equally persons."

The ruling, he said, "stands as an indictment against the United States Supreme Court."

The only way it can continue, he said, is if the U.S. Supreme Court justices "insist, against all scientific evidence and reason, that unborn children are not human." 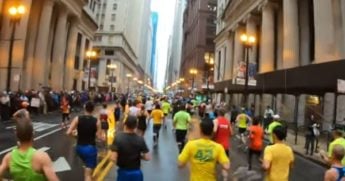