When five Supreme Court justices created a right to same-sex marriage, the dissent asserted the majority opinion was unconnected to the U.S. Constitution.

The minority also warned that the ruling would be used against opponents of the new social agenda, despite the Constitution's protection of their right to exercise their religion.

Justice Samuel Alito wrote that the ruling "will be used to vilify Americans who are unwilling to assent to the new orthodoxy."

"In the course of its opinion, the majority compares traditional marriage laws to laws that denied equal treatment for African-Americans and women," he wrote. "The implications of this analogy will be exploited by those who are determined to stamp out every vestige of dissent."

The state of Oregon is one of the most prominent jurisdictions to "vilify" opponents of same-sex marriage, and this week the Supreme Court chose not to intervene in the case of a Christian judge who was punished for refusing to perform same-sex ceremonies.

The high court announced Tuesday that it won't intervene in the state's case against Judge Vance Day. Significantly, his case was considered just before Brett Kavanaugh was sworn in as the court's ninth justice.

Cases must get at least four votes from justices to be accepted.

Daniel Piedra of the Freedom of Conscience Defense Fund, which advocated for the judge with a friend-of-the-court brief, said the positive result of the case "is that the court was again made aware that pro-LGBT government bureaucrats continue to persecute Christians despite the Masterpiece Cakeshop ruling."

The court rule in that case that a homosexual could not force a baker to create a cake with a message that violated his religious beliefs.

The fact that the court did not act, Piedra noted, also does not mean it agrees with the Oregon decision. Nor does it mean that Day's rights were not violated; it just means the justices decided not to intervene.

"Day was found to manifest bias toward same-sex couples because he declined to perform same-sex marriages for a brief period of time in 2014," according to his defenders at the Bopp Law Firm. "During that time, Oregon's traditional marriage statute had just been found unconstitutional and the law was unsettled. Judge Day, a committed Christian, believes that performing same-sex marriages – a voluntary role for a judge – violates his sincerely-held religious beliefs."

The firm said the same-sex activists in the state court system wouldn't even consider that he had a free exercise defense in the case and "exhibited hostility throughout the disciplinary process because of Judge Day's religious beliefs."

Among other things, state judicial officials called him a "religious zealot" akin to ISIS or the Taliban intent on "fomenting disorder within the judicial system."

Under the Masterpiece Cakeshop precedent, the judge's lawyers argued, the government has a constitutional duty not only to adopt neutral laws "but to enforce those laws in a neutral and impartial way."

"That did not happen for Judge Day."

The state court system also refused to look at due process claims after blocking his cross-examination of a key witness, blocking his access to defense evidence and essentially ordering the judge to "prove his innocence of the charges."

"The Oregon court found Judge Day guilty of the charges while refusing to consider his constitutional defenses to those very charges," said James Bopp Jr., lead counsel for Judge Day. "This is akin to deciding someone is guilty of a crime, while refusing to consider the defendant's bona fide alibi – it is reminiscent of what Judge Kavanaugh is enduring for his confirmation. Due process and the right to assert constitutional defenses are fundamental to a free society." 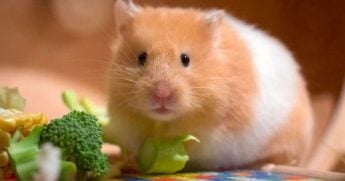