ISIS, the terrorist organization that once controlled vast swaths of Iraq and Syria with its reign of death and destruction, hasn't directly claimed responsibility for the horrific wildfires in California that have claimed more than 50 lives over the past few days.

But one media outlet known to be in support of ISIS has suggested the jihadist group is responsible.

PJ Media reported on Wednesday that Al-Ansar Media is claiming the wildfires are retribution for America's participation in the civil war in Syria.

Al-Ansar Media is circulating an image that uses a photo of a burning building and misspells the state "kalifornia."

"O america, This is the punishment of bombing Muslims in Syria," states the text. "This is Allah's punishment for you. And in shaa Allah, you will see more fires. Praise be to Allah."

Islamic jihadists long have threatened to use wildfires as a means of terrorism. WND first reported on such threats more than 10 years ago, and in 2013 reported that William Scott, a former National Security Agency official, said terrorists had been using fire as a tactical weapon.

That year there were some 35,000 fires that burned 3.9 million acres across the U.S. Large blazes were in Idaho, Montana, California, Alaska and other states.

"Perhaps the most simple form of economic warfare is wild land arson," Scott said in his "Fire Wars" presentation at the time. "That's just setting fires in U.S. forests [and] grasslands."

He said that for any terrorists determined "to inflict significant damage with very little investment or risk, fire is an extremely high-leverage weapon of mass effect."

Scott explained at the time that after U.S. Navy SEALs killed al-Qaida chief Osama bin Laden, they "captured a treasure trove of material that provided some unprecedented insight into the al-Qaida plans. And one of those was a detailed campaign for starting fires throughout the [American] West."

In 2013, when WND CEO Joseph Farah returned from Israel, he wrote of the suspicious nature of blazes in the Jewish state.

"Just a day or two after most of us left, a rash of fires terrorized the country," he wrote. "They weren't just wildfires that spontaneously ravaged the tinder-dry countryside. Many of them were deliberately set – which is why I call them terror fires."

He pointed out that at that time fires "from an estimated 220 points of origin broke out throughout central and northern Israel, and the worst fears of police and military sources were confirmed – many were not accidental."

Recently in California, the Camp Fire north of Sacramento killed about 50 people, destroyed 7,600 residences and 260 commercial buildings, and was only 35 percent contained at 130,000 acres.

The cause has yet to be determined.

Then the Woolsey Fire scorched almost 100,000 acres in Ventura and Los Angeles counties. It was only 47 percent contained.

The cause also is under investigation.

"This time last year, as several wind-whipped blazes ravaged California, ISIS highlighted the ferocity and toll of the wildfires in multiple issues of their al-Naba newsletter, which usually focuses on news from around ISIS' occupied territories and conflict zones," PJ Media said.

"In January 2017, ISIS' Rumiyah magazine – which was published in multiple languages including English yet is no longer produced by the terror group – stressed to would-be jihadists that 'incendiary attacks have played a significant role in modern and guerrilla warfare, as well as in 'lone wolf' terrorism,'' claiming a November fire at a furniture factory in Losino-Petrovsky, Russia, and highlighting scores of wildfires around Israel that month as incidents that 'demonstrated the lethality of such an effortless operation.'"

Instructions even were offered on how to block escape routes so as to cause death.

In 2003, an FBI memo warned that national forests in the West could be the next target for terror by bin Laden's al-Qaida network. 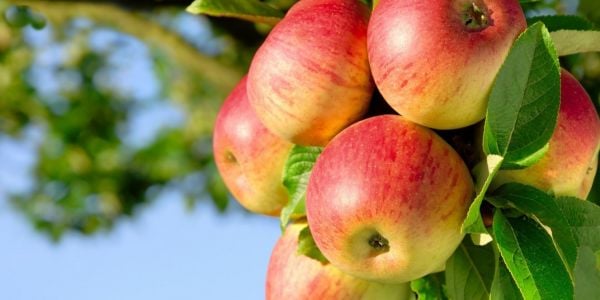