You spend $20,000 annually on tuition for your child to ensure he receives a top education. You choose a private school to escape the indoctrination and political correctness the public schools foist on students. Now, you’re sure, things are great.

Then your expensive private school pushes the exact kind of agenda you thought you were avoiding. You weren’t told about it in advance. Worse, because it’s a private school, state legal protections don’t apply. Your child cannot opt out.

Parents whose children attend Phoenix Country Day School in Arizona recently discovered that the middle school has been grooming their children with curriculum promoting a transgender and gay agenda.

An endless array of genders

The campaign features a “genderbread” character who supposedly represents all the possible “genders.” Although the character seems geared to children, it comes from a website that is clearly meant for adults, or at least older youth. PCDS takes this curriculum from ItsPronouncedMetrosexual.com, a site run by the comedian Sam Killermann. He describes himself as a “dedicated ally and advocate for social justice.”

The "Genderbread" curriculum teaches that gender is different from biological sex. There are not two genders, male and female, but rather an endless array of genders. The possibilities include genderqueer, non-binary, pangender, androgyne, neutrois, gender-variant, AG, cyborg, two-spirit, glitterbutch, genderfluid, trigender, stud. It even includes agender and genderless.

The genderbread character is prominently featured in a large bulletin board display in the halls at the middle school. Children as young as 10 years old – the school includes fifth graders – walk by it every day.

The website discusses sex toys, a** play and links to a gay hookup app, GROWLr, for men to meet hairy men. On GROWLr’s website it is described as “an app for gay bears.” Killmann writes, “There are even some mobile dating apps for particular subcultures. Are you into bears (heavy-set men, usually hairy-bodied and -faced)? Download Growlr.”

The curriculum promotes “gender fluidity,” but there is no reference to it. “You and Others” is the name of the curriculum. It’s no longer even called sex ed. This may be to disguise the content so it’s not readily apparent.

The curriculum picks out its enemies. Those who disagree with the LBGT agenda are labeled  – you guessed it – “oppressive.” The site features an article entitled “30+ Examples of Christian Privilege.” They include such things as “Positive references to your faith are seen dozens of times a day by everyone, regardless of their faith.”

Clearly, the curriculum is not meant for 10-year-old children. The bulletin board has been up for a year at the middle school, but parents only recently found out about it. Many of the parents were horrified, and expressed their disapproval with the curriculum. But the school refused to acknowledge their concerns.

Then suddenly, within the past couple of weeks, the bulletin board disappeared. Parents were not notified. They have no idea whether or not the curriculum has been permanently removed. They do not know how much of it is being taught to their children within the classroom.

This controversy may not be over. It has hurt the reputation of the school as word has circulated. Some parents may pull their children out of the school. On the other hand, this may be a sign of where private schools are going.

The school did not respond to my questions. 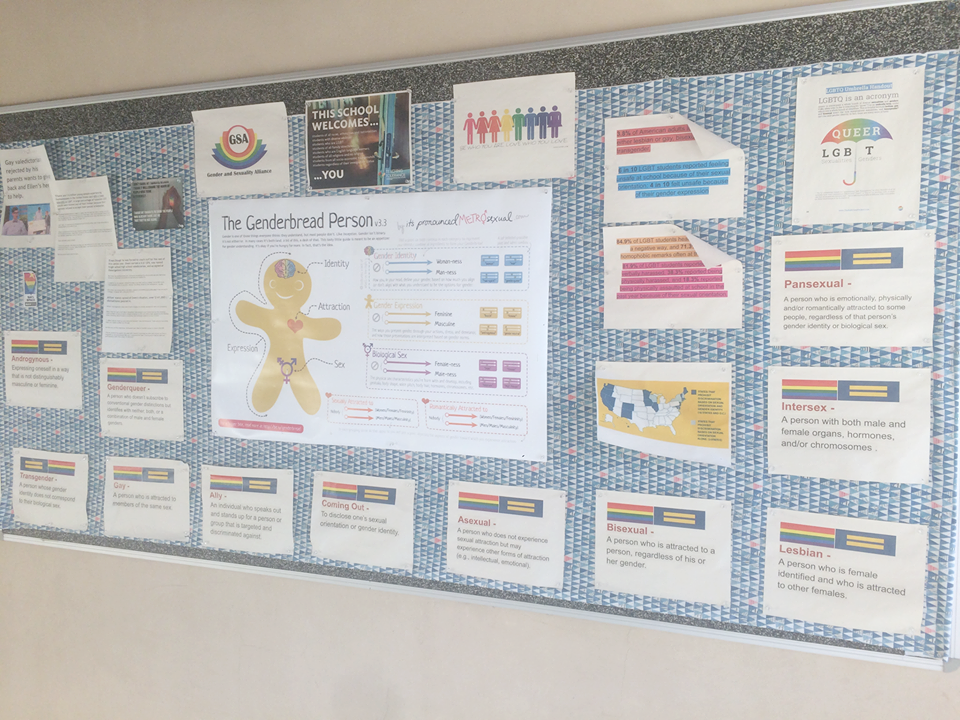 Rachel Alexander
Rachel Alexander is a senior editor at The Stream. She is a political columnist and the founder and editor of Intellectual Conservative. Alexander is a regular contributor to Townhall and The Christian Post. She was ranked by Right Wing News as one of the 50 Best Conservative Columnists from 2011-2017 and is a recipient of Americans for Prosperity's RightOnline Activist of the Year award.
Biden's big-business COVID bailout caused today's inflation
The left's fuss over conservatives who buck the Ukraine narrative
Social media destroys mental health – and it's getting worse
I'm buried in student-loan debt but DON'T want others to pay it
From a mentally ill cult member to Christian and political candidate
See more...