(WARNING: The contents of this story include obscene subject matter that may be offensive to some readers.)

Police on Wednesday arrested a taxi driver who recorded an obscene video threatening to violently rape anyone who converts from Islam to Christianity.

The 41-year-old cabbie from Preston, Lancashire, England, was not immediately identified by authorities, but is facing a charge of "religiously aggravated harassment."

The video, posted on social media Dec. 17, shows the taxi driver sitting in a car with another man as he uses the F-word constantly, blaring comments such as:

The video was reportedly a response to another Muslim man who had broadcast his baptism and conversion to Christianity on Facebook, according to the Lancashire Evening Post.

A local woman who reported the video to authorities said she feared for the public's safety, and viewed the remarks as a hate crime:

"After seeing that video, it frightens me now to identify myself as a Christian to someone that I don't know," she told the Post. "It's sad that I have to hide my religion. This man's dangerous views on something so normal like people changing religions is unacceptable.

"His threats to sexually assault those who convert to Christianity is the heart of hate speech. To me, he is displaying extremist tendencies and is encouraging violence. I'm genuinely concerned for the welfare of the public who may not be aware of his extreme views."

Upon learning of the threats, Gareth Fairhurst remarked online: "Disgusting and vile ... Get him off the streets."

A police spokesman told the paper:

"As soon as this video came to our attention we launched an investigation and we have today arrested a 41-year-old man from Preston on suspicion of religiously aggravated harassment. He remains in custody and our investigation is on-going.

"We recognize the distress the comments have caused to a number of people and we hope they are reassured by the action we have taken. We are committed to tackling all crime motivated by hate and prejudice and we would urge anyone who has been a victim of a hate crime to have the confidence to come forward and report it to police. Victims will always be dealt with professionally and sympathetically."

The taxi driver actually provided a follow-up video to the newspaper, apologizing profusely for his original obscene broadcast, saying it was intended to be "banter between mates." The man who recorded the original obscene video seen here in an apology video provided to the Lancashire Evening Post. (Video screenshot)

In his video apology, he stated:

"I've come to realize that I made several obnoxious, crude comments which I shouldn't have made. I'm really sorry for the offense caused."

"I've got nothing against Christians. I've got a lot of Christian friends. I was brought up with Christians. I went to school with Christian friends and I play football with them on a regular basis. They will vouch for me, that I've never done anything like this before. I sincerely apologize. I've always tried to be good to all people. I know some of you won't see it that way but I do ask for forgiveness.

"I take all the comments back. Every single one of them. Forgiveness from all Christians for a start. I think I've upset a few Muslims as well. And I apologize for that from the bottom of my heart. People who know me know that I'm a happy chappy and I think my comments have gone out of context. I will not be making this mistake again. I apologize to everybody who has been affected by this." 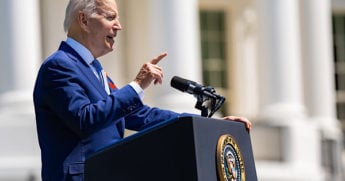