Pointing to a New York Times story revealing the FBI investigated in 2017 whether President Trump was a covert Russian agent, Fox News analyst Greg Jarrett concludes "dishonesty and corruption are endemic" at the bureau.

Jarrett, in an opinion piece for FoxNews.com, said the "accusation itself was ludicrous on its face."

"But from a legal standpoint, the FBI's probe constituted an egregious abuse of power," he said. "The Bureau had no probable cause, no evidence, and no reasonable suspicions. They investigated Trump because they could."

Jarrett said the FBI "defied the law, ignored or perverted facts, and debased the integrity of a heretofore-respected law enforcement agency."

The probe, he said, was motivated by "vengeance."

"Already incensed that Trump had defeated their preferred candidate, Hillary Clinton, they grew furious when the president fired Director James Comey on May 9, 2017."

Absent any credible proof that Trump committed treasonous acts, "information could be manipulated to frame Trump while a compliant media would gobble up the leaks and report the damaging charge."

"The election results could then be undone when the president was driven from office," Jarrett wrote.

In his book "The Russia Hoax: The Illicit Scheme To Clear Hillary Clinton And Frame Donald Trump," Jarrett showed how "Comey and his faithful confederates at the Bureau twisted facts and contorted the law to absolve Clinton of all criminal acts she most certainly committed in the mishandling of her classified emails while Secretary of State."

"On the same day Comey exonerated Clinton, his FBI was furtively meeting with the author of the fictitious anti-Trump 'dossier' funded by Clinton and the Democrats."

Jarrett recalled that over the the next 10 months, the FBI failed to corroborate anything in the "dossier."

But the bureau, nevertheless, submitted the document to a secret intelligence court to obtain a warrant to spy on the Trump administration. Yet, in the eight-day period after Comey's was fired, top officials at the FBI decided to initiate a counterintelligence investigation of Trump, accusing him of being a foreign agent of Russia.

"They coalesced around the idea that Comey's firing might constitute obstruction of justice if it was intended to stop or impede the original Russian probe," Jarrett wrote.

"In other words, the president must surely be a Russian agent if it can be shown that he wanted to halt the Russian probe."

The New York Times reported Trump made two comments that served the FBI's probe. One was a letter to Comey thanking him for telling him three times that he was not under investigation.

Comey later confirmed he told the president he was not under investigation. But the FBI chief refused to disclose that fact to the American people, which was Trump's objective.

"How this letter can, therefore, be viewed plausibly as obstruction of an investigation is baffling," Jarrett said. "Trump wanted to promote the truth, not conceal it."

The second Trump comment used by the FBI was a reference to the Russia investigation in an interview to NBC News two days after Comey was fired.

Jarrett explained in his book: "A rigorous reading of what Trump said confirms that his intent was not to interfere with or end the Russia investigation, but to place someone who was neutral and competent in charge."

In his opinion piece, Jarrett noted Trump told NBC that he might want to lengthen the investigation to get to the bottom of any wrongdoing.

"This is hardly evidence of a corrupt purpose to interfere in an investigation as the law of obstruction demands," Jarrett wrote.

He also cited the Senate testimony of then-acting FBI Director Andrew McCabe after Comey was fired.

McCabe stated: "There has been no effort to impede our investigation to date."

Days later, Deputy Attorney General Rod Rosenstein told Congress, "There never has been ... any political interference in any matter under my supervision in the Department of Justice."

Six days before he was fired, Comey told the Senate Judiciary Committee that no one had told him to stop something for a political reason.

"It's not happened in my experience," he said.

Driven by bias and animus

Jarrett concludes: "It is now undeniable that critical decisions made by senior FBI leadership were driven by political bias and personal animus, not sustainable facts or credible evidence."

Jarrett urged William Barr, when he takes office as the next attorney general, to "review their actions and present all evidence of wrongdoing to federal prosecutors and, if appropriate, a grand jury."

"When the people we entrust to enforce the law become the lawbreakers, they must be held accountable. No one is above the law." 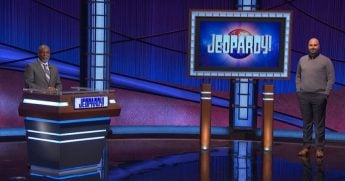