(Newsbusters) At the midpoint of Donald Trump’s first term, the establishment media’s obvious hostility shows no signs of relenting, but polls show this negative coverage has had no discernible impact on the public’s attitudes toward the President.

Since January 20, 2017, the Media Research Center has analyzed every moment of coverage of President Trump on the ABC, CBS and NBC evening newscasts, seen by approximately 23 million people each night. Highlights:

As it was last year, the Trump presidency was the biggest story of 2018, accounting for almost 87 hours of coverage, or 28% of all evening news airtime. But that’s down from 99 hours of coverage in 2017, perhaps a sign the networks are wearying of treating every Trump tweet as deserving of crisis-level coverage.

WND News Services
These reports are produced by another news agency, and the editors of WND believe you'll find it of interest.
Sake earrings let you wear Japanese rice wine on your ears
Flashing meteor that exploded over Norway landed somewhere in a nearby forest
2-headed turtle discovered on Florida beach
Jobless claims remain elevated at 400,000
Congressman proposes to kill 2,378 pet projects in new budget
See more... 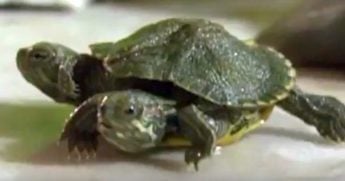