(CNBC) -- Iowa farmer Tim Bardole survived years of low crop prices and rising costs by cutting back on fertilizer and herbicides and fixing broken-down equipment rather than buying new. When President Donald Trump’s trade war with China made a miserable situation worse, Bardole used up any equity his operation had and started investing in hogs in hopes they’ll do better than crops.

A year later, the dispute is still raging and soybeans hit a 10-year-low. But Bardole says he supports his president more today than he did when he cast a ballot for Trump in 2016, skeptical he would follow through on his promises.

WND News Services
These reports are produced by another news agency, and the editors of WND believe you'll find it of interest.
'Imagine' a vain thing
BLM banner ripped apart at church, congregation starts fundraiser to buy another
Eating their own: Cancel culture turns on 'Hamilton'
D'oh! Restaurant workers make noose out of dough, and then ...
Mary Trump 'tell-all' book to be released 2 weeks early amid court fight
See more...

Can Trump be reelected without divine intervention? 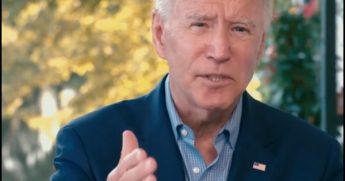 Gingrich unloads on Biden: Most 'anti-American' campaign speech ever

The 7 stages of the Last Days