After being brought to court, officials in the city of South Euclid, Ohio, have conceded that their new hiring nondiscrimination ordinance doesn't apply to a Catholic school.

Lawyers for the school, The Lyceum, had tried for months to find out how the city planned to apply its ordinance and whether it would affect the school's decisions regarding hiring, employment and admissions.

The city either had ignored the requests, apparently in violation of state law, or told the school to hire an attorney and figure it out themselves.

The issue was significant, since offenders were subject to criminal penalties of up to $500 per day in fines and 60 days in jail.

The Alliance Defending Freedom explained that the city's proposal initially had included an exemption for religious organizations.

But the exemption suddenly was removed, leading school officials to wonder whether they were being targeted by the city.

"Prior to filing this lawsuit, The Lyceum repeatedly asked the city to clarify how it intended to interpret and apply the ordinance. But the city refused to answer. The city twice illegally refused to respond to The Lyceum's public records request, in violation of state opens records law," ADF said.

"As a final measure, The Lyceum sent a letter to the city's law director and mayor on February 1, 2019, specifically asking whether the ordinance impacts The Lyceum's religious hiring decisions and whether the city views The Lyceum as a place of public accommodation subject to the ordinance," said ADF.

So school officials were forced to go to court, reasonably fearing that operating their school consistently with their faith would directly violate city law and put them at risk of an up to $500 fine, restitution, or up to 60 days in jail per occurrence."

"Because the city has finally agreed that the school isn't subject to the law, ADF attorneys voluntarily dismissed the lawsuit against the city Tuesday," the group said.

"Religious schools like The Lyceum have the freedom to operate consistently with their faith without fear of unjust government punishment – and we're glad South Euclid now affirms this reality," said ADF Legal Counsel Christiana Holcomb.

"No one should have to file a federal lawsuit simply to find out whether they are violating a vague law with criminal penalties," she said. "We're disappointed that the city didn't do the right thing right from the start, but we're pleased that it now acknowledges that The Lyceum's parents, students, and faculty have the freedom to seek out this unique, faith-based education and maintain community standards rooted in Catholic teaching."

As a faith community, the school seeks to abide by and convey the teachings of the Bible and the doctrines of the Catholic church, including on marriage and sexuality.

"But in 2018, the South Euclid City Council passed a vague, sweeping ordinance that appeared to force the school to hire teachers or enroll students who disagree with its mission and teachings," ADF said.

The decision to remove the exemption for religious groups prompted the conflict.

"The Lyceum has accomplished through litigation what it could not convince the city to produce in response to its letter: an answer," said Holcomb. "We're hopeful that other cities avoid such an unforced error and remain mindful that the First Amendment protects religious schools from government hostility, targeting, and discrimination."

Notorious Democrat does NOT get endorsed by Obama 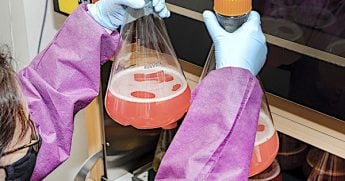 No 'silver bullet' against coronavirus, warns WHO