For several decades, I have drawn attention to the church's historic persecution of the Jews in Jesus' name. It is one of the ugliest and longest chapters in church history, and it cannot be downplayed, forgotten, or ignored. With God's help, I will continue to call out "Christian" anti-Semitism wherever I see it today. But I will not ignore Jewish persecution of Christians. It too must be called out.

In the Gospels, Jesus and His followers, all of them Jews, were persecuted by hypocritical Jewish leaders, ultimately leading to the Lord's death on the cross. And that pattern continued in the Book of Acts, where the Jewish leadership stood in opposition to the message of Jesus the Messiah, sometimes persecuting His Jewish followers to the death (see Acts 7).

Some even stirred up trouble wherever these Messianic Jewish emissaries went to share the good news (see Acts 17), and this continued in the centuries that followed, with some documented cases of Jewish leaders siding with local efforts to persecute Christians.

Of course, no amount of Jewish persecution of Christians can justify the horrors inflicted on the Jewish people by professing Christians, including torture, exile, being forced into ghettos, being burned at the stake, being offered baptism or death, and much more.

And it is an open secret that the Nazis drew on Martin Luther's anti-Semitic writings to help inflame German hatred against the Jews.

None of this can be denied, nor should it be denied. To the contrary, we must be ever mindful of this tragic history lest we repeat it in our day.

But, to say it again, when there is Jewish persecution of followers of Jesus, that must be called out as well, especially when it takes place in Israel.

It was a radical Jew who delivered a bomb, disguised as a holiday gift, to the house of Ami Ortiz, the son of Jewish Christian parents. He miraculously survived the bomb blast, which took place in 2008.

But this act, extreme as it was, was not in isolation.

As reported by Time magazine in 2008, "Messianic Jews, as these Jews who believe in Jesus are called, number just a few in Israel – anywhere between 6,000 and 15,000 – but they provoke hatred all out of proportion to their meager numbers. Many orthodox Jews view them as traitors for joining the Christian faith, which for centuries has persecuted Jews. One Messianic Jew, Tzvi Sadan, a teacher and editor, recalls telling his father, a Holocaust survivor, that he had accepted Jesus as his savior. "My dad flipped out. He said that the SS guards in the camp had 'God Is With Us' written on their belts. He told me, 'You've joined the enemy.' But he calmed down a bit when he saw my prayer shawl." (What Sadan means is that he didn't stop being a Jew by following Jesus.)

Over the years, Messianic Jews have suffered different levels of persecution within Israel, although none so violent as the bomb attack on Ami Ortiz.

But there have been protests and even vandalism at Messianic Jewish meeting places, attempts to get some believers deported, and various threats and harassment.

Virtually all these acts are carried out by ultra-Orthodox Jews, who view "missionary" activity as diabolical, destructive and dishonest. As some of these protesters once chanted outside a large Messianic Jewish gathering I was attending in Israel, "Hitler wanted our bodies. You want our souls!"

Today, as the number of Messianic Jews in Israel has risen to about 30,000 and as the society at large is much more open to these Jewish believers in Jesus, opposition from ultra-Orthodox Jews continues to rise. (For my little run-in with some ultra-Orthodox protesters last year, see here and here.)

As my friend and colleague Ron Cantor reports from Israel (with a video link worth watching), "Believers attending a Messianic concert last week in Jerusalem were accosted by dozens of Orthodox Jewish protesters, who held a violent and chaotic riot for hours, calling the people 'missionaries' and 'Nazis,' and telling them to get out of Israel. They held up several signs saying, 'Beware, Missionaries!' in Hebrew. In Hebrew the world missionary is a slur. Of course, we are not missionaries, but citizens of Israel."

Again, I understand how these protesters view us. As a rabbi said to me decades ago, "Our ancestors died rather than believe what you believe. Yet, without coercion or pressure, you not only believe in Jesus, but you try to proselytize as well."

But, to say this yet again, none of this justifies the actions of these protesters, who were held back by police.

Ron writes, "Jenya Lempert and his teenage daughter were accosted by swarms of young men blowing whistles at excruciating pitches and linking arms to block the entrance into the concert hall."

As Lempert told KNI News, "It was a pure act of hatred. They hate us; they were standing against us. They brought their minors as human shields."

Indeed, Ron explains, "Orthodox protesters have been known to bring teens, who have more liberties than adults to break the law."

But his response to all this is right on: "It is important to not get angry but pray. At the same time, understand that this is pure fanaticism and brainwashing of children. However, it only represents a tiny minority of Israelis."

And how should Christians around the world respond to these harassing acts?

First, they should pray for the believers being persecuted, sending them a message that they are not alone.

Second, they should pray for the repentance of the persecutors, believing that there are many Sauls of Tarsus among them.

Third, as friends of Israel who appreciate the liberties the nation affords its citizens, they should encourage the government to stand with those who are being persecuted to send a message that the government will not tolerate this kind of behavior.

All that being said, my personal expectation is that the final generation – whenever that will be – will look a lot like the Gospels and Acts, except that in the end, there will be mass acceptance of Jesus by His own people, rather than mass rejection.

May the Lord turn the hearts of His people Israel!

(If you've never been to Israel and want to experience the tour of a lifetime, join me there next May.)

Michael Brown
Dr. Michael Brown (www.askdrbrown.org) is the host of the nationally syndicated "Line of Fire" radio program. His latest book is "Evangelicals at the Crossroads: Will We Pass the Trump Test?" Connect with him on Facebook, Twitter or YouTube.
@DrMichaelLBrown
The politicizing of COVID has become a deadly game
Can we unite enough to cheer on our Olympic athletes?
What's so bad about encouraging female modesty?
Twitter shut me down for sharing a historical fact. Really
A significant apology from the U.K. on freedom of speech
See more... 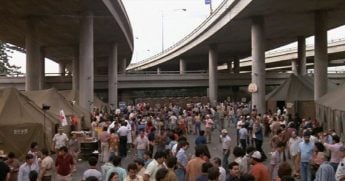