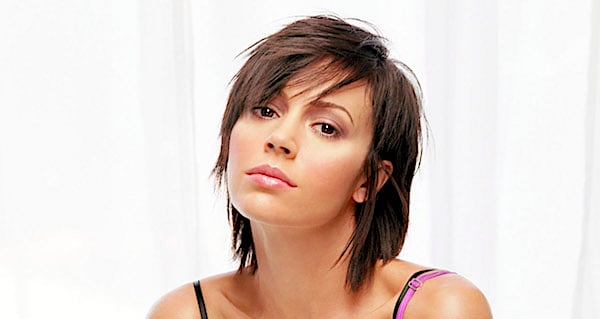 Strzok was investigated and fired, and now both a federal prosecutor and the director of the FBI are looking into whether there should be additional charges related to that episode.

The "stop Trump" agenda has included Hollywood figures, and now actress Alyssa Milano says she will not let Trump win in 2020.

The activist, who has worked on behalf of sex strikes, AIDS, PETA, dogs and more, said recently on Twitter: "My plan for 2020 involves raising money for grassroots organizations in Michigan, Wisconsin and Pennsylvania. These are the states we lost by 77k votes in 2016. I will not allow that to happen again."

She included a link asking others to fund her plan.

Milano, who has had roles in "Who's the Boss?" "Melrose Place" and "Charmed," has been in show business since she was 7, getting her start with a tour of "Annie."

And she added another pitch to fund her campaign.

Twitchy said: "This is how you win? Are you familiar with Alyssa Milano's record? Donald Trump should probably just get it over with and send her the thank-you card and chocolates right now."

In December, talk-radio host Rush Limbaugh explained what's behind some of the major political developments of the past two years, including the Mueller investigation, the opposition to President Trump's judicial nominees and the open-borders effort.

It's simply that the Democrats have been dedicated since Trump's election to stop him and his agenda, Limbaugh said.

"Actress Alyssa Milano has now marshaled the Bible and science to support her pro-abortion position. Unfortunately, she is wrong on both accounts. The Bible and science, rightly understood, are totally pro-life," he wrote recently.

Tweeting on April 1, Milano said: "I love God. I believe in God.

"But I don't believe my personal beliefs of which we can't confirm should override scientific facts and what we can confirm.

"'If I have told you earthly things and you do not believe, how can you believe if I tell you heavenly things?' John 3:12"

Brown wrote: "As for Milano's love for God and belief in God, that is between her and God. At least she is not denying His existence. That's a step in the right direction.

He said: "It's just that she could not have chosen two worse witnesses to defend the 'right' of abortion. To repeat: both the Bible and science, rightly understood, are pro-life."

Brown noted the Bible references the unborn their humanity.

"What 'scientific facts' support abortion? Can anyone name one?"