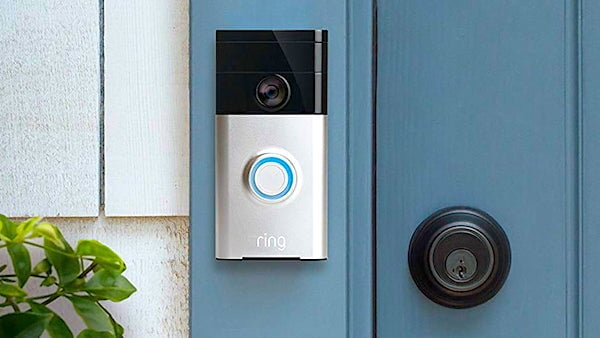 A developing nationwide web of always-on cameras is becoming a tool for Big Brother, warns the ZeroHedge blog.

Ring, a company owned by Amazon, is the key component in what amounts to a "privately run, for-profit surveillance state."

There's already an Actionnetwork petition urging consumers "to stop your local police department from partnering with Amazon to build a for-profit, surveillance empire."

But for people in some 200 communities it apparently is too late, as Motherboard reports many "local law enforcement agencies across the country have entered into surveillance partnerships with Amazon's Ring doorbells."

The petition explains that Amazon is providing police with free or subsidized camera-enabled doorbells to market to residents along with a "Law Enforcement Portal" app and "heat map" that makes it easy for police to request footage from users en masse.

Police can obtain footage from the doorbells if there is a crime in the area by going to court. But the Amazon partnership removes that potential obstacle by obtaining prior approval from customers.

"If a police department wanted to install surveillance cameras on all of our front doors, they would have to get permission from elected officials and the public," the petition explains. "Amazon has found the perfect end-run around the democratic process."

Zerohedge explained: "The systems, in themselves, aren't an issue. It's when the government gets involved and big money starts being made that conflicts of interest can lead to misuse and violations of privacy."

It cited the company's "Neighbors" program, for which additional privacy concerns have been raised.

The report said, "This portal not only gives the government backdoor access to the Neighbors app to directly contact users, they also have a map of all cameras in the area that they can access."

Zerohedge said, however, that's not the worst of it.

"Ring is starting to leverage these backdoor agreements to require these agencies to help them expand their network," it said, citing a report that police are being required now to "engage the … community with outreach efforts on the platform to encourage adoption of the platform/app."

The report said police are being given templates and educational materials to distribute to elicit more customers for Amazon.

One memo to a police department said, "You are doing a great job interacting with them and that will be critical in increasing the opt-in rate."

And alarmingly, it adds, "The more users you have, the more useful the information you can collect."

One report said: "For nearly three weeks in June, the Boca Raton Police Department was engaged in a partnership with Ring that went publicly unreported. The delay in announcing the city's deal with Ring occurred at the company's request. Emails show that Ring was interested in keeping the public's attention focused on a separate subsidy deal it struck with the city designed, according to the city's press release, to 'incentivize the purchase of Ring Video Doorbells and Ring security devices.'"