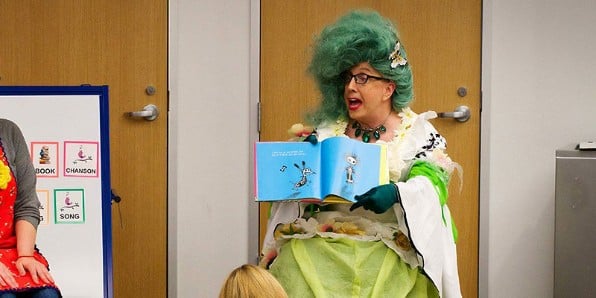 Another "drag queen" who has read to children at a public library has been exposed as a sex offender.

David Lee Richardson, known as "Miss Kitty Litter," has participated in the "Drag Storytime for Children" at a public library in Austin, Texas, during the past year.

He was arrested and convicted of offering sex for money in 1996, the group MassResistance discovered, reports OneNewsNow.

Earlier this year, MassResistance exposed two other convicted sex offenders who read to children at a Houston public library.

Councilman Jimmy Flannigan, who describes himself as gay, accused MassResistance of lying and spreading "misinformation about my community" after it publicized the background of the two convicted sex offenders who read at events in Houston, TV news station KXAN reported.

OneNewsNow reported in a March 31 story that "Tatiana Mala-Nina," Albert Garza, was convicted of aggravated sexual assault on an 8-year-old in 2009. Weeks later, MassResistance uncovered the criminal history of William Travis Dees, who was convicted of sex crimes against children ages 4, 5, 6 and 8.

Dees, OneNewsNow pointed out, was allowed to greet children as they entered for "story hour" in Houston.

The Houston Chronicle reported at the time that MassResistance filed public record requests about the drag queens but the city denied the requests.

Garza's past was uncovered via social media.

WND reported one of the first "story hour" events to draw attention nationally was held in 2017 at the Michelle Obama public library in Long Beach, California.

A drag queen named "Sparkle Leigh" even read to children in a Presbyterian church in Cincinnati, reported Cincinnati.com.

WND reported in June a library canceled a drag-queen event after being called out by the speaker of the state House of Representatives for the "stunningly bizarre" plan.

"Story hours" even have taken place in small towns such as Beloit, Wisconsin.