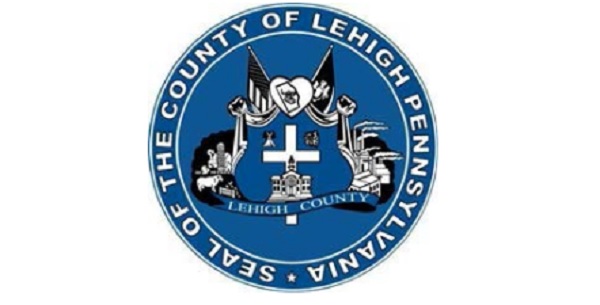 A coalition of "militant atheists" has lost a fight to censor an image of a cross from the seal of Lehigh County, Pennsylvania.

"It is common sense that religion played a role in the lives of our nation’s early settlers. Recognizing that is just as constitutional as honoring symbols like the Liberty Bell," said Diana Verm, senior counsel at Becket, which fought on behalf of the county and its heritage.

"It is only right that Lehigh County can continue honoring its history and culture."

It was the 3rd U.S. Circuit Court of Appeals that said the county is free to continue representing its history with its seal, a 70-year-old image that includes a representation of a Latin cross.

Becket explained that the seal includes "a collection of images that reflect its history and culture. These images include cement silos, textiles, and a farm, symbolizing significant aspects of the county's early economy; the Liberty Bell and a red heart, symbolizing its role in the American Revolution and its sense of patriotism; a lamp with books, representing its schools; and a cross, recalling the early Christians who settled Lehigh County in pursuit of religious freedom."

The fight was started in 2016, Becket explained, when "militant atheists from the Wisconsin-based Freedom from Religion Foundation sued, demanding that the federal court in Pennsylvania scrub the cross from the county's seal."

The court ruling cited the U.S. Supreme Court's precedent in a case involving a cement cross in Maryland that was built to honor soldiers in World War I.

"The question presented is whether that seal violates the Establishment Clause of the First Amendment to the United States Constitution. Consistent with the Supreme Court's recent decision in American Legion v. American Humanist Association … we hold it does not."

The judges wrote, "The seal is plainly constitutional under the most recent frameworks the Supreme Court has used to evaluate similar, established government symbols, monuments, and practices with religious elements."

They added, "The Lehigh County seal fits comfortably within a long tradition of state and municipal seals and flags throughout our republic that include religious symbols or mottos, which further confirms its constitutionality."

In fact, ordering the removal of the cross, "may very well exhibit 'a hostility toward religion that has no place in our Establishment Clause traditions,'" they wrote.

After the FFRF sued in 2016, a judge ruled in its favor in 2017. But Becket argued judges must apply the actual text and historical meaning of the First Amendment. The Supreme Court has since moved away from the so-called Lemon test, ruling that religious symbols in government and in the public square that were acceptable at our nation’s founding are still acceptable today.

"This decision is another nail in the coffin of the Lemon test, making room for our nation’s founding principle that religion is not a blight to be scrubbed from the public square, especially when it represents our history," said Verm.

Senior Counsel Stephanie Taub, of the First Liberty Institute, which participated in the case, said, "The Supreme Court made it clear in its recent decision in The American Legion v. American Humanist Association that the days of offended observers forcing governments to scrub all public references to the divine are over.

"We’re thrilled to see our victory in that case already making an impact. The Third Circuit found that, in light of the history of Lehigh County, the mere presence of a cross on its seal and flag does not establish a religion."