Fossil fuel executives should be criminally prosecuted for the destruction they have knowingly caused. #GreenNewDeal

"Fossil fuel executives should be criminally prosecuted for the destruction they have knowingly caused," he wrote Thursday on Twitter.

Sanders boasts his plan will reverse a climate "crisis" he likens to the crisis President Franklin Roosevelt faced when he launched the New Deal. The Vermont senator promises it will create 20 million jobs and achieve "100 percent renewable energy for electricity and transportation by no later than 2030 and complete decarbonization by at least 2050."

He says America must "directly invest a historic $16.3 trillion public investment toward these efforts, in line with the mobilization of resources made during the New Deal and WWII, but with an explicit choice to include black, indigenous and other minority communities who were systematically excluded in the past."

The plan will "pay for itself" over 15 years, he contends, warning the price of inaction is far greater.

The Sanders plan would "fully electrify and decarbonize" the transportation industry, he said.

"We need a president who has the courage, the vision, and the record to face down the greed of fossil fuel executives and the billionaire class who stand in the way of climate action," states the Sanders plan.

"We need a president who welcomes their hatred. Bernie will lead our country to enact the Green New Deal and bring the world together to defeat the existential threat of climate change." 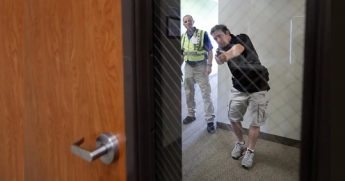