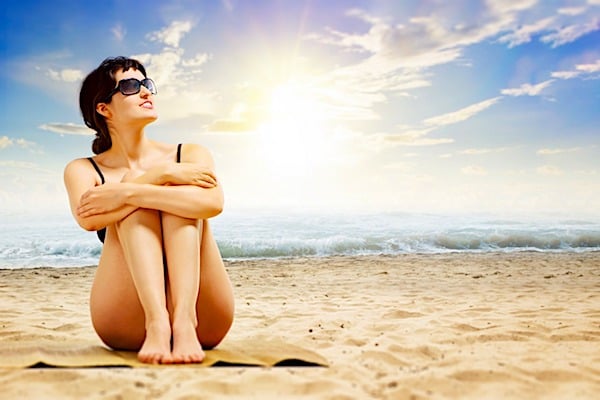 Researchers at Tel Aviv University are seeing promising results in their development of a vaccine to melanoma, a particularly aggressive form of skin cancer that kills thousands of people annually.

The treatment train a body's immune system to attack and destroy the cancer cells using nanoparticles.

BIN said the nano-vaccine for melanoma "is based on an innovative approach in mouse models and in treating primary tumors and metastases that result from melanoma."

It causes the immune system of the immunized mice to attack melanoma cells if and when they appear in the body.

Vaccines against cancer are rare. There's the HPV vaccine that targets genital cancer and the HBV for hepatitis B infections that can lead to liver cancer.

There also are therapeutics that boost a body's natural defenses.

However, the report said, vaccines that prevent cancer from developing are still rare.

The defense against melanoma, so far, is "effective in preventing the development of melanoma – the most aggressive type of skin cancer," the report said.

The cancer develops in the skin calls that produce melanin or pigment.

Satchi-Fainaro, one of the researchers, said the "war against cancer in general and melanoma, in particular, has advanced over the years through a variety of treatment modalities, such as surgery, chemotherapy, radiation therapy and immunotherapy; but the vaccine approach, which has proven so effective against various viral diseases, has not materialized yet against cancer."

"In our study, we have shown that it is possible to produce an effective nano-vaccine against melanoma and to sensitize the immune system to immunotherapies," he said.

They use tiny particles of biodegradable polymer and embed two peptides, which are short chains of amino acids that also appear in melanoma cells. Doctors inject the nanoparticles into a mouse model that had melanoma, BIN reported.

Various other tests also have been completed, including one that injects the vaccine into healthy mice then injects melanoma cells, which did not affect them.

Satchi-Fainaro said the concept may be applicable to other types of cancer.