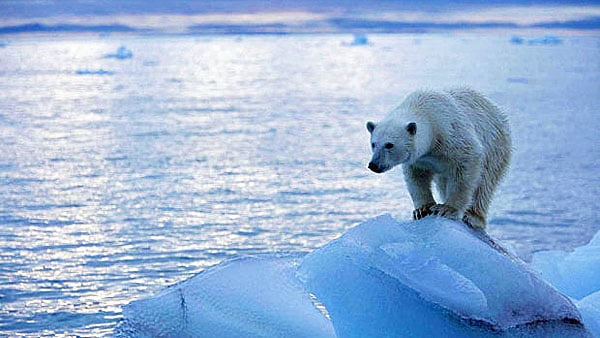 A Canadian court has ruled against Michael Mann, the Penn State professor who created the iconic "hockey stick" climate-change graph, in a defamation fight over criticism of his work.

The Supreme Court of British Columbia on Friday dismissed the case Mann brought against climate-change skeptic Tim Ball, awarding the defendant legal costs, reported the climate website Watt's Up With That.

Mann's "hockey stick" graph, featured prominently in the U.N. 2001 climate report, purported to show an unprecedented spike in global average temperature in the 20th Century after about 500 years of stability.

However, critics has pointed out that the graph doesn't take into account the warming period during the Middle Ages.

"The dismissal involved the alleged exercise of a discretion on the court to dismiss a lawsuit for delay. I have an absolute right of appeal. My lawyers will be reviewing the judgment and we will make a decision within 30 days," he wrote.

He said that means he will not be paying Ball's legal fees.

Ball is a former professor of climatology at the University of Winnipeg and author of numerous books on climate science.

The blog said Mann "was doing most of the foot dragging that caused such long delays as the case has been active since 2011."

Mann filed suit on March 25, 2011, accusing Ball of libel for writing that Mann "belongs in the state pen, not Penn State."

The British website Principia Scientific International commented that the lawsuit's "extraordinary outcome will likely trigger severe legal repercussions for Dr. Mann in the U.S. and may prove fatal to alarmist climate science claims that modern temperatures are 'unprecedented.'"

In 2003, a Canadian study "showed the 'hockey stick' curve 'is primarily an artefact of poor data handling, obsolete data and incorrect calculation of principal components.' When the data was corrected it showed a warm period in the 15th Century that exceeded the warmth of the 20th Century."

The graph became known as the "hockey stick" because it showed a spike in temperatures in the 20th century.

"So, the graph was junk science. You could put baseball scores into Mann's Climate Model and it would create the Hockey Stick," said PSI.

"But the big question then became: did Mann intentionally falsify his graph from motivation to make profit and/or cause harm (i.e. commit the five elements of criminal fraud)? No one could answer that question unless Mann surrendered his numbers. He was never going to do that voluntarily – or face severe consequences for not doing so – that is, until Dr Ball came into the picture!"

Ball's lawyers had agreed to Mann's request for a delay in the case on the condition Mann turn over his data, but the professor did not comply.

"Ball always argued that those numbers, if examined in open court, would have conclusively proved Mann was motivated to commit a criminal fraud. It was at this point legal minds could discern Ball was closing in on victory – a triumph for 'David over Goliath,'" the report said.

While Mann has been considered "a world-leading climate scientist" for his his graph, Ball "has long warned that if the world was permitted to see behind the secrecy they would be shocked at just how corrupt and self-serving are those 'scientists' at the forefront of man-made global warming propaganda."

It was Ball's second legal victory against a climate scientist. WND reported in 2018 a judge in British Columbia dismissed all charges against Ball brought by Canadian climate scientist Andrew Weaver.

Ball authored an article on Weaver stating that the U.N. Intergovernmental Panel on Climate Change's channeling of billions of dollars toward CO2 and human-caused climate change research for 30 years has resulted in no real advancement in our understanding of climate," said Ball.