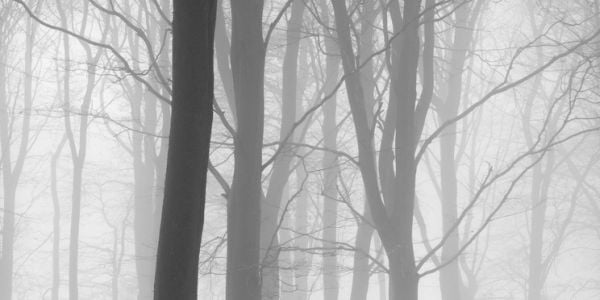 Before long, hundreds of British ships filled New York's harbor, carrying 32,000 troops. It was one of the largest invasion forces in history to that date. The thousands of wooden masts of the British ships were described as looking like a forest of trees.

Washington wrote to his younger brother John Augustine Washington, May 31, 1776: "We expect a very bloody Summer of it at New York. ... We are not either in Men, or Arms, prepared for it. ... If our cause is just, as I do most religiously believe it to be, the same Providence which has in many instances appear'd for us, will still go on to afford its aid."

In Congress, May 1776, General William Livingston made a resolution which passed without dissent: "We earnestly recommend that Friday, the 17th day of May be observed by the colonies as a day of humiliation, fasting, and prayer, that we may with united hearts confess and bewail our manifold sins and transgressions ... and by a sincere repentance ... appease God's righteous displeasure, and through the merits and mediation of Jesus Christ obtain His pardon and forgiveness."

In New York, General Washington ordered his troops, May 15, 1776: "The Continental Congress having ordered Friday the 17th ... to be observed as a Day of Fasting, Humiliation and Prayer, humbly to supplicate the mercy of Almighty God, that it would please Him to pardon all our manifold sins and transgressions, and to prosper the arms of the United Colonies, and finally establish the peace and freedom of America upon a solid and lasting foundation; The General commands all officers and soldiers to pay strict obedience to the orders of the Continental Congress; that, by their unfeigned and pious observance of their religious duties, they may incline the Lord and Giver of victory to prosper our arms."

On July 9, 1776, messengers from Philadelphia arrived in New York and delivered to General Washington a copy of the Declaration of Independence. Washington had it read out loud to his troops.

Citizens of New York pulled down the gilded statue of the "tyrant" King George and melted it into musket balls. King's College suspended all classes and later changed its name to Columbia College.

Anxious preparations were being made for the Battle of Brooklyn Heights (Long Island). It was the first major battle after America had officially declared its independence.

At the last minute, British General Howe sent a delegation to meet with Washington. They offered the Americans a pardon if they would surrender.

Washington replied: "Those who have committed no fault want no pardon."

Washington expected the British to attack from the sea, similar to what they did at the Battle of Bunker Hill. Instead, British General Henry Clinton discovered a way to attack Washington's army from behind. Clinton secretly landed 10,000 British troops several miles away from the American position. He was met by three loyalists who wanted to betray the American cause. They led the British toward Jamaica Pass.

Stopping at a tavern, the British officer, General William Howe, threatened to put a bullet through the head of the tavern keeper if he did not show them the old Indian path through the hills. As British troops marched silently in the dark, the five American militia officers stationed to protect the pass mistook the British troops for Americans, and thus were tragically captured.

Marching all night long, they made a surprise attack on the Continental Army from behind on the morning of Aug. 27, 1776. An estimated 3,000 Americans were killed or wounded compared to only 392 British casualties.

As General Washington watched 400 soldiers of the First Maryland Regiment charge six times directly into the British lines, allowing the rest of the Continental Army to find cover, he exclaimed: "Good God, what brave fellows I have lost this day."

British General Howe had trapped the American troops on Brooklyn Heights with their backs against the sea. That night, Washington made the desperate decision to evacuate his entire army by ferrying it across the East River to Manhattan Island. The sea was boisterous where the British ships were, but providentially calm in the East River allowing Colonel John Glover and his Massachusetts sailors and fishermen to row the American army across.

The next morning, as the sun began to rise, half of the America troops were still in danger, but a "miraculously" thick fog lingered blocking the evacuation from being seen by the British.

Major Ben Tallmadge, Washington's Chief of Intelligence, wrote: "As the dawn of the next day approached, those of us who remained in the trenches became very anxious for our own safety, and when the dawn appeared there were several regiments still on duty. ... At this time a very dense fog began to rise off the river, and it seemed to settle in a peculiar manner over both encampments. I recollect this peculiar providential occurrence perfectly well, and so very dense was the atmosphere that I could scarcely discern a man at six yards distance. ... We tarried until the sun had risen, but the fog remained as dense as ever."

The troops continued to evacuate Brooklyn Heights, with General Washington being the last man to leave on the last boat.

Historians consider this daring nighttime retreat as one of Washington's greatest military feats. Had the Americans not been able to evacuate, they would have been captured and Washington would have been hung. America would have continued as just another colony in Britain's expanding global empire, along with India, Kenya, Egypt, South Africa and Australia.

As it happened, though, after the evacuation from Brooklyn Heights, the British never again had an opportunity to capture the entire American army at one time.

Washington wrote later, Aug. 20, 1778: "Undergoing the strangest vicissitudes that perhaps ever attended any one contest since the creation ... the Hand of Providence has been so conspicuous in all this – the course of the war – that he must be worse than an infidel that lacks faith. ... But it will be time enough for me to turn Preacher when my present appointment ceases."

Generations later, America faced a threat from the National Socialist Workers Party. In an election address in Brooklyn, New York, Nov. 1, 1940, President Franklin D. Roosevelt referred to democracy in the sense of people ruling themselves: "Those forces hate democracy and Christianity as two phases of the same civilization. They oppose democracy because it is Christian. They oppose Christianity because it preaches democracy. ..."

FDR concluded his Brooklyn address: "We are a nation of many nationalities, many races, many religions bound together by a single unity, the unity of freedom and equality. ... Whoever seeks to set one nationality against another, seeks to degrade all nationalities. Whoever seeks to set one race against another seeks to enslave all races. ... So-called racial and religious voting blocs are the creation of designing politicians who profess to be able to deliver them on Election Day. ... But every American citizen ... will scorn such unpatriotic politicians. The vote of Americans will be American – and only American."