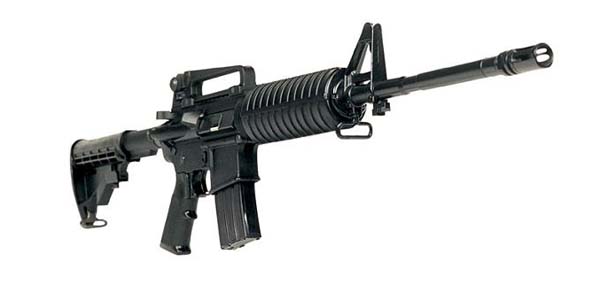 But neither the president nor his rhetoric should be blamed.

That's according to the shooter himself, who wrote about his plan before attacking shoppers in a Walmart and killing 22, reported Byron York in the Washington Examiner.

The "manifesto," written by suspect Patrick Crusius, is the reason that people are claiming the "shootings were inspired by President Trump," York explained.

Trump critics, from media commentators to Democratic candidates, have made the same claim over and over.

The New York Times even claimed, "If Mr. Trump did not originally inspire the gunman, he has brought into the mainstream polarizing ideas and people once consigned to the fringes of American society."

That was even after the Times knew that Crusius wrote that his views "predate Trump."

"Democratic contender Beto O'Rourke, an El Paso native, was much more blunt. '22 people in my hometown are dead after an act of terror inspired by your racism,' O'Rourke tweeted to the president," York wrote.

The manifesto, which is not being promoted by most media outlets but is easily found on the web, York said, gives an impression "quite different than some press accounts."

First, he said, it's "insane," with "beliefs on 'race-mixing' straight from the fever swamps" that prove Crusius "had veered far from both reality and basic humanity."

Other parts "are well within the boundaries of political conversation going on today – indeed, that might have come out of the New York Times," he said.

But was it inspired by Trump?

York explained that the shooter mischaracterized some issues and strayed into the comparative benefits of the AK-47 versus the AR-15.

"Crusius ended the manifesto by saying he expected to be killed in the attack he would allegedly carry out on Saturday. As it turned out, the shooter was not, and he is now behind bars, charged with killing 22 people and wounding 26 others. He said his actions would be misunderstood as being tied to Trump," York wrote.

"My ideology has not changed for several years," Crusius wrote. "My opinions on automation, immigration, and the rest predate Trump and his campaign for president. I [am] putting this here because some people will blame the President or certain presidential candidates for the attack. This is not the case. I know that the media will probably call me a white supremacist anyway and blame Trump's rhetoric. The media is infamous for fake news. Their reaction to this attack will likely just confirm that."

York said: "That was the only time Trump appeared in the manifesto, and it appears clear that Crusius borrowed his 'fake news' characterization of the news media from the president. But that is not what Trump's critics have charged. They have charged that Trump inspired Crusius to kill. They have charged it so often in the last few days that it has hardened into a general perception that Crusius was inspired by the president. But read the manifesto. It's just not there."

On Twitter, Bryan Jones responded to York: "Excellent piece. 'I know that the media will probably call me a white supremacist anyway and blame Trump's rhetoric. The media is infamous for fake news. Their reaction to this attack will likely just confirm that.' The psycho called it."