Censoring evidence, "fiddling" with data and silencing skeptics were part of life at the National Oceanic and Atmospheric Administration, according to a former NOAA scientist who no longer believes carbon dioxide is causing catastrophic climate change. 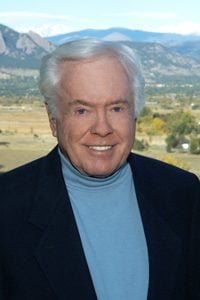 Rex Fleming admitted that while he worked for NOAA, he attributed global warming to carbon dioxide despite "having doubts."

"Eventually I just read enough to realize it's a totally wrong direction," he said in a podcast interview July 25 with British journalist James Delingpole.

His conversion, however, has shut him out of academic journals, despite his Ph.D. in atmospheric science.

The author of "The Rise and Fall of the Carbon Dioxide Theory of Climate Change," he told Delingpole he had to travel to Europe to have his 2018 paper on climate change peer-reviewed and published.

"The 'deniers' have so much evidence," he said, while the global-warming believers "bring nothing to the table of scientific proof."

He said more scientists would abandon the theory, but they are in "this groove of getting funds for huge, bigger computer systems to run these massive climate models."

"And they want their salaries to increase. They don't want to change," he said, describing it as "a wonderful gravy train."

Fleming agreed with Delingpole that carbon dioxide levels historically have risen due to warm temperatures rather than the other way around.

"Past climates have been warm and cold and warm and cold with no changes in carbon dioxide," he said. "How can that be a cause when there's no correlation?"

Fleming said that one of the reasons proponents of the theory of man-caused climate change target the fossil fuel industry is to push socialism.

"They're using a calamity as a measure to get people’s attention," he said. "So the climate is a good one to use. Because the media and scientists have wrongly, without any proof, have assumed this is the problem."

Fleming has more than 50 years of experience as a scientist and manager in weather and climate research, noted Climate Depot.

He published peer-reviewed scientific papers from 1971 to 2018 and represented the U.S. at several international science meetings.

Fleming was awarded the Department of Commerce Gold Medal Award in 1980 for outstanding achievement in directing the U.S. role in the Global Weather Experiment. He was elected a fellow of the American Association for the Advancement of Sciences in 1982 for contributions to atmospheric science.

After retiring, he worked as a consultant in the aerospace business and has used his own funds to carry out research on climate issues.