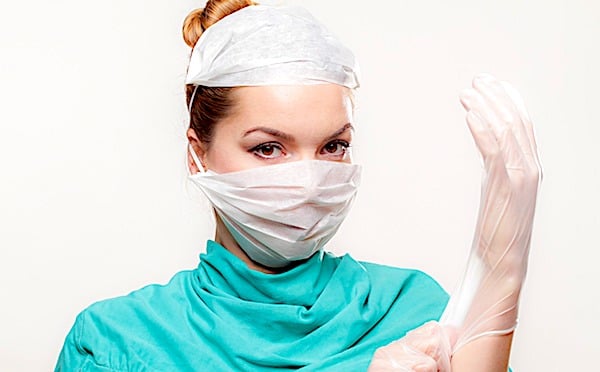 The federal government has issued a notice to the University of Vermont Medical Center that it must stop forcing nurses to participate in abortions in violation of their religious beliefs or lose federal funding.

The center forced a nurse to participate in an abortion even after she had registered her conscience-based objections.

The Department of Health and Human Services' Office for Civil Rights announced "after a thorough investigation and prolonged attempts to resolve the matter" it found the center violated the 1973 Church Amendments, named for the late Idaho Sen. Frank Church.

The law prohibits groups that receive federal money from discriminating against employees who refuse to perform or help in abortion because of their faith. But the enforcement has been left to HHS, and violations rarely are punished.

The investigation also found the center has "discriminatory policies that assign or require employees to assist abortion procedures even after they have recorded their religious or moral objections to assisting in the performance of such abortions."

The center told WND it "did not discriminate against the complainant on the basis of any religious or conscience objection." Its position is that the OCR "has no legal or regulatory authority to conduct the 'investigation' that it purports to have undertaken."

The statement from a spokeswoman insisted the center balances religious and ethical beliefs, and makes sure "our patients are not denied access to safe and legal abortion."

The complaint against the center on behalf of the unnamed nurse was filed by the American Center for Law and Justice.

ACLJ said the center "alleged that our client, an operating room nurse at the University of Vermont Medical Center (UVMMC) in Burlington, was coerced into assisting in an abortion in 2017 even though her name was on a list of nurses who, for religious or moral reasons, were conscientiously opposed to such participation and even though other non-objecting nurses were available who could easily have taken her place."

"Worse, her superiors deliberately misled her into thinking she was assisting in a procedure following a miscarriage. But once trapped inside the OR she discovered that it was, in fact, an elective abortion and that this had been known all along by her superiors who then callously refused to relieve her. To say that she was emotionally traumatized by this event is putting it mildly," ACLJ said.

"At least four other nurses at UVMMC have confirmed that they too have been subjected to similar violations of their conscience rights. We forwarded them to OCR as part of our complaint. And after conducting its own thorough investigation of the matter, OCR has substantiated their allegations."

ACLJ said HHS's Office of Civil Rights has "at long last, put teeth in a law that has lain largely dormant since its enactment."

"No longer should pro-life health care professionals have to fear that their values – the values of protecting, not, destroying, life – make them somehow unfit or unsuitable for the healing profession. No nurses, doctors, or other health workers should ever be deliberately trapped in a room and forced to participate in something that their employer knows those workers consider abhorrent at the core of their being."

HHS contacted the medical center in multiple attempts to get it to follow the law, "but the hospital refused to conform its policies to federal conscience laws, provide all the documents requested by OCR, or produce witnesses for OCR interviews."

The OCR eventually determined the center "forced" the nurse to assist in an abortion "against the nurse's religious or moral objection."

Its report said, "UVMMC knowingly assigned the nurse to an abortion procedure. The nurse was not told the procedure was an abortion until the nurse walked into the room, when the doctor – knowing the nurse objected to assisting in abortions – told the nurse, 'Don't hate me.'"

The OCR also found several other employees at the center who experienced similar discrimination.

The federal office is giving the university 30 days to respond with a plan to change its practices and "remedy the effect of its past discriminatory conduct."

If that is not successful, the Health Resources and Services Administration, which handles federal funding for the university, will be asked to take action.

Roger Severino, director of the OCR, said: "Forcing medical staff to assist in the taking of human life inflicts a moral injury on them that is not only unnecessary and wrong, it violates longstanding federal law. Our investigation has uncovered serious discrimination by UVMMC against nurses and staff who cannot, in good conscience, assist in elective abortions.

"We stand ready to assist UVMMC in changing its policies and procedures to respect conscience rights and remedy the effects of its discrimination."

SBA List President Marjorie Dannenfelser said abortion "is not health care and we are thankful to President Trump and HHS Secretary Azar for leading the charge to protect conscience rights."

"When the Conscience and Religious Freedom Division of the Office of Civil Rights was established at HHS last year, it showed the Trump administration is serious about investigating and addressing conscience violations," she said. "This is sadly not the first time a pro-life doctor or nurse has been forced to participate in the destruction of an innocent human life."