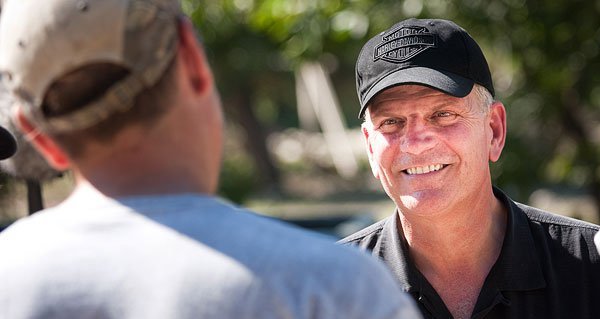 Evangelist Franklin Graham is praising an American politician for his "guts."

And he's encouraging his Facebook followers to pray that a state mandate for LGBT indoctrination will be overturned.

Graham explained that Mayor Alfonso Cirulli of Barnegat Township in New Jersey "is coming under fire for saying that the LGBTQ agenda is 'an affront to Almighty God.'"

At a meeting last week of the township, Cirulli "voiced his concerns about a new school curriculum mandated by the state requiring students be taught LGBTQ history."

WPVI reported Cirulli was launching a "campaign against a new law that will require public schools to teach LGBT history and the contributions of prominent LGBT individuals."

New Jersey is the second state in the nation to mandate such indoctrination. California was the first.

Cirulli said, "No group has a right to force others to comply with their beliefs, deprive them of their First Amendment rights, and strip the rights of parents of how to morally raise their children."

The mayor said residents should urge the governor and state lawmakers to reverse the law.

"If I want to opt my child out of that curriculum, you should be allowed to do it," said Novak.

Cirulli told the station: "This tramples First Amendment rights, especially religious freedom. Because you're crossing into a realm that I believe as an educator – education should not be crossing into."

The station reported a group called Garden State Equality, which promotes the LGBT agenda, said it was troubled by the mayor's position.

Graham, the CEO of Samaritan's Purse and the Billy Graham Evangelistic Association, noted the mayor confirmed his opinions were his own.

"In the world we live in, the truth of God's Word many times isn’t received well. But that shouldn't stop us from standing with God’s teachings from the Bible. Pray for Mayor Cirulli – and pray that this state mandate will be reversed."