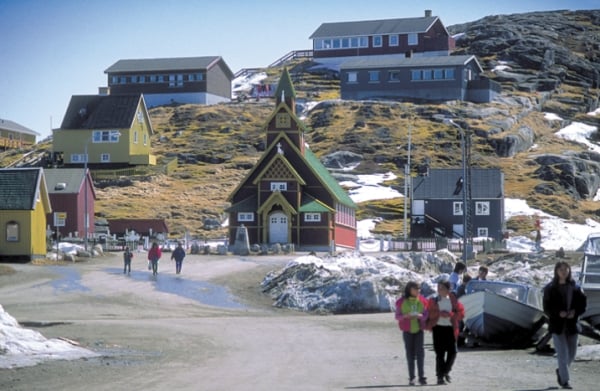 Donald Trump had a question for the prime minister of Denmark.

"How much do you want for Greenland?" he asked Mette Fredericksen. 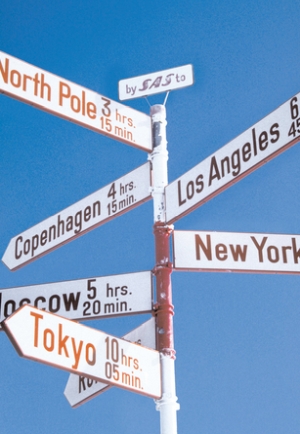 He didn't have a trace of embarrassment about publicly asking her the question, nor was he embarrassed about canceling his trip when he got her negative response.

"Denmark is a very special country with incredible people, but based on Prime Minister Mette Frederiksen's comments, that she would have no interest in discussing the purchase of Greenland, I will be postponing our meeting scheduled in two weeks for another time. …" he said. "The Prime Minister was able to save a great deal of expense and effort for both the United States and Denmark by being so direct. I thank her for that and look forward to rescheduling sometime in the future!"

Trump added: "Denmark essentially owns it, we're very good allies with Denmark. Strategically it's interesting and we'd be interested, but we'll talk to them a little bit."

You haven't heard the last of this. Mark my words.

Greenland is the world's largest island, not counting the continent of Australia. It is strategically situated near the North Pole. It has only 57,000 people regularly living on it. And it could be so much more.

First of all, there is the real estate.

You may have noticed the world is filling up. This country is a lot like Alaska. Its natural beauty would be a showplace, the envy of many others.

It's not for everybody. But for strategic foreign investors, who know a good thing when they see one – to prospect for a second gold rush, natural gas beds, diamonds, lead and zinc – it's all in Greenland.

How about beating the Chinese to the punch?

He was just asking how much. And don't think you've heard the end of this story. He's in it for the long haul. 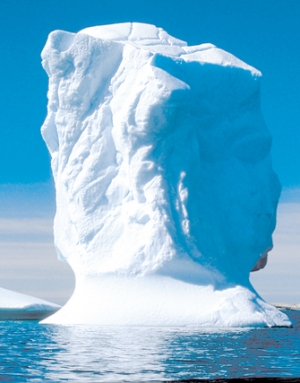 You would think with half the world believing we're at war with the climate gods, this would be prima facie coolness for 100 years. If we're all gonna fry in a few years, how about having natural air conditioning? And even if global warming kicks in, experts say that'll allow trees to start growing in frozen Greenland.

And what's with the neo-colonialism of the Danes? Don't the people of Greenland get to vote on their future?

The island's Premier Kim Kielsen responded that Greenland is not for sale, "but Greenland is open for trade and co-operation with other countries, including the USA." That's an open door. Why should only 57,000 people get to experience this?

Look at these pictures! These are not gingerbread houses. They're real.

Donald Trump said he was interested in buying Greenland for strategic purposes. It could be the U.S. or China – who would you choose?

Greenland sounds much more hospitable than its overlords in Denmark. "Greenland is rich in valuable resources such as minerals, the purest water and ice, fish stocks, seafood, renewable energy and is a new frontier for adventure tourism," says Greenland's Ministry of Foreign Affairs. "We're open for business, not for sale."

Get Joseph Farah's latest No. 1 Amazon new release, "The Gospel in Every Book of the Old Testament" – what many are calling a "breakthrough Bible book."

Donald Trump is a visionary – whether or not his "Greenland Gambit" ever makes it.

He remembered the Louisiana Purchase. He recalls America's purchase of Alaska, which at the time was called "Seward's Folly."

If Trump makes history one day with the Greenland Gambit, he's a genius – even more of a leader than we already thought.