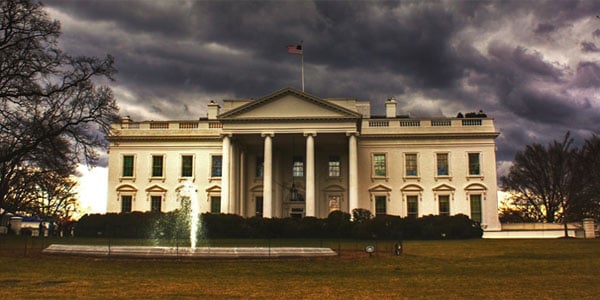 A Muslim imam who visited the White House and spoke to the New York Police Department in April as a member of interfaith delegations runs a website that frames U.S. counter-terrorism efforts as a "war against Islam and Muslims."

Muhammad Shahidullah's site features the late al-Qaida cleric Anwar Al-Alaki's "It's a War on Islam" speech. And there are speeches by Ali al-Timimi, the spiritual leader of the Virginia Jihad Network, a group of 11 men who wanted to train for jihad against U.S. forces after 9/11, reports the Investigative Project on Terrorism, or IPT.

Shahidullah, nevertheless, has been recognized in a New York City Council citation as "an outstanding citizen" who is "worthy of the esteem of both our community and the great City of New York."

He participated in an interfaith event organized at New York's 9/11 Tribute Museum in December 2017 and attended the United Nations World Interfaith Harmony Week a year earlier.

But Shahidullah, a Bangladeshi native who lives in Queens, is president of the New York-based Dawah USA Inc., which is registered as doing business as the Interfaith Center USA.

On his website, he posted audio of a speech by al-Timimi titled "Political Revival of the Ummah" regarding the role of politics for Muslim minorities living in a non-Islamic society.

He cites Islamic scholar Abdurahman bin Nasir bin Sa'adi saying the task of Muslims in a non-Muslim society is to "make the country Islamic themselves."

Other's featured on the website are Indian preacher Zakir Naik, who claimed 9/11 was an "inside job."

Ahmad, according to his official profile, spent 40 years "not only in reviving the Qur'an-centered Islamic perennial philosophy and world-view but also reforming the society in a practical way with the ultimate objective of establishing a true Islamic State, or the System of Khilafah [Caliphate]."

Ironically, an article on Shahidullah's website titled "Matters Which Nullify Ones Islaam" denounces interfaith outreach as an "evil concept" contrary to Islam.

"It is impermissible for any Muslim who believes in Allaah as his Lord, Islaam as his religion and Muhammad ... to call towards the evil concept of Interfaith, encourage it, facilitate its conveyance to the Muslims, attend its conventions or belong to any of its clubs or organizations," it says.

Mr. President, be bolder with the Garden of Heroes

The authoritarian left and their absurd 'fact-checkers'