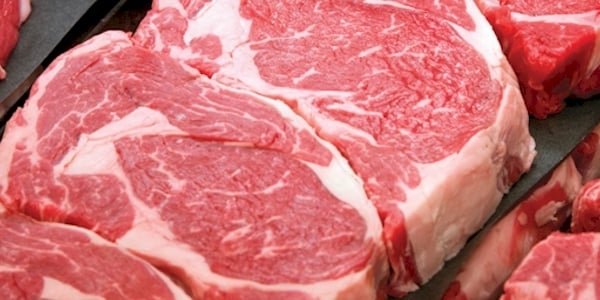 One of the main promoters of the theory that SUVs are catastrophically heating up the earth's climate – some forecasters says the "tipping point" is only a matter of years – is the Intergovernmental Panel on Climate Change at the United Nations.

The UPCC, in a report compiled by "more than 100 experts," according to Nature, is urging the world turn to plant-based diets as a way to be "mitigating and adapting to climate change."

That means cutting out meat. No burgers. No steaks. No barbecue.

"We don't want to tell people what to eat," claimed Hans-Otto Portner, an ecologist who works on impacts, adaptation and vulnerability for the panel.

"But it would indeed be beneficial, for both climate and human health, if people in many rich countries consumed less meat, and if politics would create appropriate incentives to that effect," he said.

He warned: "Get ready! U.N. coming after your burgers & steaks to save the planet. This is yet another report from U.N. IPCC intended to empower U.N. bureaucrats to centrally plan our lives for no impact on the climate. "

Then there was the report of a "meat patch," to "make ourselves allergic to those proteins."

Also, the idea that "meat eaters should be banished, treated 'the same way that smokers are treated.'"

Morano wrote: "They now claim that the U.N.’s efforts 'will fall significantly short.' It is odd and predictable that the U.N. Paris pact – which was hailed as saving the planet in 2015 – is now considered woefully inadequate by the U.N."

He noted it's not just "taxes and regulations and lifestyle mandates" that are being pushed.

"We have very frightening activists proposing new 'solutions' to correct meat-eaters," he pointed out, citing the plan for a "meat patch."

"Still not willing to put in a meat patch to stop your cravings for meat? Well, there is a solution to that too. If you don’t care about stopping eating meat, you can take drugs to make you care!" he said.

That idea is to find a way to induce an allergy to meat.

"Still not convinced? Then you can try a poop burger," he said.

Keep in mind, however, some of the previous claims by "global warmists."

One recent subject of conversation, prompted by the Democrats' Green New Deal plan, has been methane emissions from cows.

"Worrying about methane emissions is the greatest waste of time in the entire lexicon of global warming fanaticism. Converting methane to CO2 is done by the process of 'flaring' — setting fire to the stack gas coming off from an oil well, as is done daily throughout the middle east, where the oil is valued but the CH4 is not. ... The number 'Global Warming Potential' is completely false, a nonsense calculation thought up by the IPCC to drum up more concern beyond just CO2."

Then there's the Carnegie Mellon study that said: "Eating lettuce is over three times worse in greenhouse gas emissions than eating bacon."

The idea of eliminating meat from the world's diet already has caught on, however, with some, including Democratic presidential hopeful Sen. Cory Booker of New Jersey.

"The tragic reality is this planet simply can’t sustain billions of people consuming industrially produced animal agriculture because of environmental impact. It’s just not possible, as China, as Africa move toward consuming meat the same way America does because we just don’t have enough land," he said.

The Nature report also said researchers are concerned about "deforestation," because rain forests along the Amazon act to "cool global temperature."

But cutting the trees could create a "degraded type of desert, possibly releasing over 50 billion tons of carbon into the atmosphere in 30 to 50 years."

That's the opinion of Carlos Nobre, a climate scientist from Brazil.

Climate change is the term used since "global warming" ceased years back. It now is blamed for floods, drought, temperatures that are hot, or cold, too many storms, and too few storms.

A Congress member from Colorado, Joe Neguse, even has proposed studying the health of dirt to get a handle on climate change.