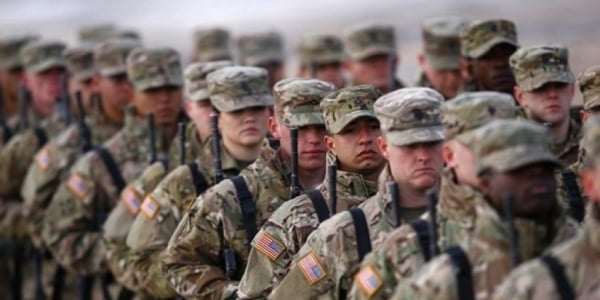 "Inevitable victory of freedom over oppression, of Christian religion over the forces of evil" – Franklin D. Roosevelt.

Courageous people of faith have always faced challenges. This was acknowledged by President Franklin Roosevelt regarding settlers along the Mississippi. Between 1699 and 1760, in the Louisiana Territory, the French founded 5 major settlements on the east side of the Mississippi River (in present-day Illinois):

On Aug. 22, 1935, President Roosevelt greeted by telephone the bicentennial celebration of Sainte Genevieve, the first permanent settlement in Missouri: "The history of the town of Sainte Genevieve eloquently testifies to the fortitude of those pioneers who built their homes on the western bank of the Mississippi and wrested minerals from the hills, furs from the forest, and a plentiful harvest from the plain; who merged their varied nationalities in a mighty effort to carve an American Nation out of the Western wilderness. We admire that Christian courage which refused to be daunted by Indian depredations and massacres, by a gradual change in the course of the Mississippi threatening the destruction of the settlement, or by the disastrous flood of 1785. In due course, through the rugged efforts of your predecessors, the hostile Indians were pacified; and the restless Mississippi, far from annihilating the community, provoked a providential (moving) of the church and other buildings to a better site where the village could expand and flourish. These triumphs over affliction are characteristic of the spirit of our early Americans. Although the problems which confront us today are of a different sort, I am confident that you have not lost the stalwart qualities of frontier days."

President Roosevelt acknowledged courageous Christian faith on Aug. 22, 1942, in a cable sent to President Getúlio Vargas on Brazil's Declaration of War during World War II: "I have been informed that the United States of Brazil has today recognized that a state of war exists between Brazil, on one hand, and Germany and Italy on the other hand. ... This solemn decision more firmly aligns the people of Brazil with the free peoples of the world in a relentless struggle against the lawless and predatory Axis powers. ... As brothers in arms, our soldiers and sailors will write a new page in the history of friendship ... between your country and mine. The action taken today by your government has hastened the coming of the inevitable victory of freedom over oppression, of Christian religion over the forces of evil and darkness."

Roosevelt expressed courageous faith again on Nov. 9, 1940, when he recited an old prayer from the Episcopal Book of Common Prayer: "In a year which has seen calamity and sorrow fall upon many peoples elsewhere in the world may we give thanks for our preservation. ... 'Almighty God, who hast given us this good land for our heritage; We humbly beseech Thee that we may always prove ourselves a people mindful of Thy favor and glad to do Thy will. ... Save us from violence, discord, and confusion. ... Defend our liberties, and fashion into one united people the multitudes brought hither out of many kindreds and tongues. ... Endue with the spirit of wisdom those to whom in Thy Name we entrust the authority of government, that there may be justice and peace at home, and that, through obedience to Thy law, we may show forth Thy praise among the nations of the earth. ... In the day of trouble, suffer not our trust in Thee to fail; Amen.'"

Clarence Manion, dean of Notre Dame Law School, was chosen by President Dwight D. Eisenhower to chair a commission to return to the states powers that had been usurped by the federal government during Roosevelt's New Deal Era. When Eisenhower declined Manion's recommendations in favor of a Republican big government, Manion was released from the administration.

Clarence Manion acknowledged the continued need for courageous leaders of faith in "The Constitution of the United States Versus Communism," Nov. 19, 1962: "Never before in the history of the human race has atheism – naked, materialistic, power-hungry, activated atheism – ever mounted its horse and started to ride across the world and do it so successfully. Communism is this activation of atheism. This is the personalization of anti-God. This is Armageddon. And anybody in this room who has a shred of belief in God or immortality or in his or her personal responsibility ... must recognize that the understanding and the defeat of Communism is the first order of business on the part of everybody who has a shred of interest in the perpetuation of Christian civilization. This thing must be destroyed."

A more recent leader who expressed faith was four-star General "Stormin Norman" Schwarzkopf. Born Aug. 22, 1934, Schwarzkopf served in Vietnam, commanded the U.S. forces in Grenada and Desert Storm, was awarded the Congressional Gold Medal and knighted by the Queen of England.

In an interview regarding the Gulf War, General Norman Schwarzkopf of Central Command (CENTCOM), stated: "I asked for my principle staff to meet me in the war room down in the basement, a half an hour before `H hour.' ... I read them the message. ... And then I asked the chaplain to say a prayer, and then I played `God Bless the USA.' ... I think it characterized the pride that all of us have in our profession, and in what we were, and there's a line in there that says 'I would proudly stand next to you, and defend her still today' and that's what it was all about. And I said, 'Now, we all know what we need to do. Now let's get on with it.'"

Another notable leader with courage is Lt. Gen. (Ret.) William G. "Jerry" Boykin, who served with the 101st Airborne in Vietnam and was one of the original members of the elite US Army's Delta Force. Among the many operation he participated in were:

Boykin commanded the Army's Green Berets, the Special Warfare Center and School. He served at the CIA and as Deputy Under Secretary of Defense for Intelligence. After retirement, he became executive vice president of the Family Research Council. Lieutenant Colonel Lewis H."Bucky" Burruss described him: "Jerry Boykin is a Christian gentleman of the highest order."

Boykin stated: "I do stand in opposition to those who want to implement Sharia and essentially attack the Constitution of the United States" and "We will never walk away from Israel. ... Many of us are worried about heaven. Heaven is your reward. You are here as soldiers to take on the enemy."

He remarked: "Many of those who were my most severe critics ... ultimately became allies. Now one of two things had to happen for that to happen. Either they had to reach a crisis in their life where what I represented, the faith that I represented, became important to them, or they had to be around long enough to realize that I was serious about it."

General Jerry Boykin stated: "As a Christian, I believe that there is a spiritual war that is continuous as articulated in the Bible. It is not confined to the war of terrorism."