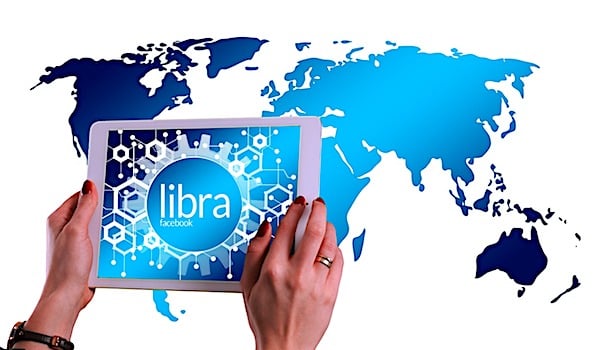 When Facebook's plans for a cryptocurrency, much was made about the big names backing the venture such as Visa, Mastercard, Uber and Spotify.

However, the resulting regulatory reviews apparently are spooking some investors.

The Financial Times reported at least three now are privately discussing how to distance themselves.

The plan for a worldwide digital currency came with the support of the 28 members of the Libra Association. They made a non-binding pledge to ante up at least $10 million.

"However," reported the Financial Times, "the proposed currency has prompted a fierce backlash from global watchdogs and politicians, including an official investigation by EU antitrust officials."

At least two of the original supporters are considering cutting ties completely.

"Another backer said they were worried about publicly supporting Libra for fear of attracting the attention of agencies who oversee their own businesses," the report said.

The identities of the backers were not revealed.

But a spokesman for one told the Times, "I think it's going to be difficult for partners who want to be seen as in compliance [with their own regulators] to be out there supporting [Libra]."

"As tension grows between Facebook and its partners, regulators are continuing to scrutinize the Libra proposals," the report said.

Zerohedge reported the European Commission's "antitrust regulators have become the latest to join the rounds of regulatory probes into Libra since the project’s unveiling this June."

"The regulatory backlash governments, regulators and central bankers worldwide reached such a fever pitch that by late July, Facebook was prompted to warn its investors that the stablecoin may never be released," the report said.

Recently, U.S. lawmakers questioned how the company "could be expected to trust a firm whose collection, storage and misuse of customer data had landed it a $5 billion penalty."

Among the concerns that have been raised over the Facebook plan: privacy issues, money laundering, use by terrorists, tax evasion and the possible disruption to the world's wider financial stability.

WND reported Facebook's cryptocurrency is to be governed by a select group of people based in Switzerland.

The cryptocurrency is set to launch in early 2020 in a dozen countries.

The Electronic Privacy Information Center, one member of the coalition, explained that Libra has issues with "sidestepping government oversight and democratic accountability."

The letter said, "We call on Congress and regulators to impose a moratorium on Facebook's Libra and related plans until the profound questions raised by the proposal are addressed."

It continued, "We also urge Facebook to put its implementation of its plans for the new cryptocurrency, Libra, on hold until Congress and regulators have an opportunity to assess and react to a far more detailed presentation than has been made public."

Some coalition members think "the proposal is too dangerous to be permitted to proceed."

"We have too much recent experience with insufficiently regulated financial markets spinning out of control to let this happen again," the coalition stated. "The Facebook proposal must be put on hold until these numerous and fundamental questions are resolved."

Facebook said its 2.4 billion monthly users will be able to change dollars and other international currencies into its new digital coins, which can then be used on the internet.

"Success will mean that a person working abroad has a fast and simple way to send money to family back home, and a college student can pay their rent as easily as they can buy a coffee," states Facebook in its documentation of Libra.