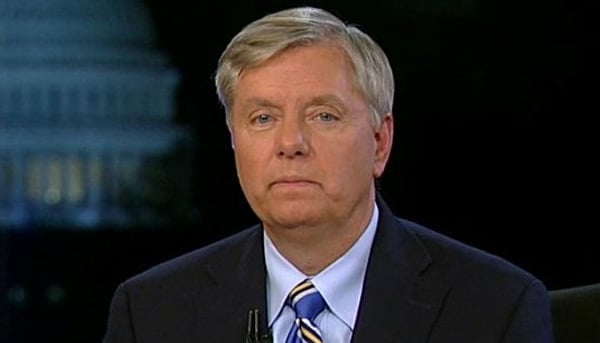 Sen. Lindsey Graham, R-S.C., is telling his Democratic colleagues in the Senate to quit bullying the justices on the Supreme Court.

WND reported Wednesday a handful of Democratic senators submitted a brief to the Supreme Court in a case over a New York gun law that threatened a restructuring of the court if it doesn't "heal" itself.

"They are talking about making the court more liberal," charged Graham.

BizPacReview reported Graham, the chairman of the Senate Judiciary Committee, committed to doing "everything in my power" to prevent the liberal fantasy of packing the court with additional justices so that the decisions are more liberal.

The Democrats had threatened: "The Supreme Court is not well. And the people know it. Perhaps the court can heal itself before the public demands it be 'restructured in order to reduce the influence of politics.'"

Commented BPR, "One can only imagine the hysteria if Republicans were making the same remarks to the Supreme Court Justices as Democrats are effectively threatening to alter the high court’s composition if the conservative majority were to decide in favor of gun owners."

Graham said: "This has been a dream of the Left for decades. I will do everything in my power to ensure that dream is NEVER fulfilled!"

The idea of adding judges to the high court has been endorsed by several Democrats running for their party's 2020 presidential nomination.

They openly challenge the impartiality of the sitting justices, noting that "from October Term 2005 through October Term 2017, the court issued 78 5-4 (or 5-3) opinions in which justices appointed by Republican presidents provided all five votes in the majority."

They noted that in 73 of the 5-4 decisions, "the cases concerned interests important to the big funders, corporate influencers, and political base of the Republican Party."

"And in each of these 73 cases, those partisan interests prevailed. ... With bare partisan majorities, the court has influenced sensitive areas like voting rights, partisan gerrymandering, dark money, union power, regulation of pollution, corporate liability, and access to federal court, particularly regarding civil rights and discrimination in the workplace."

They said the justices over that time even "disregarded 'conservative' judicial principles like judicial restraint, originalism, stare decisis, and even federalism."

"Stare decisis" already has been controversial in several recent cases, such as the court's decision that federal employees no longer would be forced to fund union activity with which they disagreed. In fact, the liberal faction on the Supreme Court said at one point that the court shouldn't overturn those precedents just because it has the votes to do so.

That is in direct conflict with the setup of the Supreme Court, in which five of the nine votes rule. In fact, progressives have used that fact to their advantage, including in decision "unrelated to the Constitution" that established a right to same-sex marriage.

One of the biggest nightmares for the left is President Trump's appointment of conservative justices who could overturn the Roe v. Wade decision, which created a right to abortion.